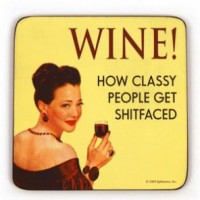 Speaking of rose’, I’ve posted some of Wil Bailey’s top picks over at The Wine Company’s blog.

Leslee Miller has got some new stuff going on in the pages of Artful Living magazine. Being a St. Paul dude I’m amazed that this magazine exists for our local westsiders (and I don’t meat “West St. Paul” … I mean “Living large on the Lake”). That’s some big money out there in Tonkaland. Actually it’s a pretty cool and classy magazine (great photography especially). See pages 202-203 for her article, and scout out the articles on Anthony Bourdain and Blue Plate Restaurant Company while you’re at it.

Bill Ward cries in his glass about not getting to Walla Walla Washington this year (I feel for you Bill … I’ve been to Seattle twice but that’s it. Let’s plan a trip together). Also check out his fine summation of judging at the Riverside International Wine Competition … the winner might surprise you. Bill also writes up a personal favorite, Volver Tempranillo, in the StarTrib.

Congrats to our friend with the great accent, Nicolas Giraurd, on being named Best Sommelier in the Twin Cities. Well done, Nico!

The Ideal Diner is re-opening soon on Central Avenue. What does this have to do with wine? Absolutely nothing, except this: I was tossing around the idea with some friends of opening a breakfast-in-the-morning and wine-bar-at-night thingy there. Do you think that would’ve been cool? Why didn’t we do it? Because there was not a chance in hell of making money. They wanted too much for the building!

National news, and not wine related either: good lesson from a restaurant owner in Arizona on why being an asshole is a bad thing in today’s hyper-connected culture. Bad people with bad mojo are only destined for the hater club (plus, she’s FREAKY looking). Haters suck.

Those that are nice enough to visit this site once in awhile know two things: 1) I sometimes seem to disappear for a while; and 2) I haven’t turned this site into an aggregator of local wine news like I’ve been talking about doing for, well, forever.

Time to change that up. More changes coming soon.