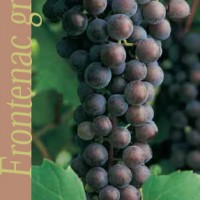 By Jason Kallsen on August 5, 2013 in Minnesota wines and wineries

The subtitle of this article should be “how to have pretty much the best summer weekend afternoon ever” but more on that later.

Maybe that was a bit harsh, but it’s how I felt. From the early 1990’s to even the mid 2000’s, during the initial push to convince us that Minnesota could have a valid wine industry, there was lots of bad stuff being poured into glasses around the state.

The closest that I ever came to enjoying Minnesota wines during all of those years was a wine class I taught for Surdyk’s in 1997, when we did a blind flight and I slipped an Alexis Bailey Marechal Foch into the mix, and 9 of the 12 participants thought it was a Cotes du Rhone. It had the same earthiness, the same red fruit profile, the same spice, just a little more acid (Zweigelt from Austria would’ve been a fine guess as well, but nobody knew Zweigelt at all in 1990’s America).

And I, as a certified Rhone nut, had to agree. Maybe the problem for Minnesota wine was that going into drinking it, people knew it was Minnesota wine. This appears to be the case in a recent blind tasting (the “Judgement of Princeton“) when New Jersey wines showed particularly well against world class superstars.

Alas, I put my blinders on for another decade and a half, not exploring the slowing increasing quality of the Minnesota wines. Even though I judge the Minnesota State Fair wine competition every year, those entries for the most part are amateur winemakers and the wines are often faulted in some way. In 2009 I judged in the International Cold Climate Wine Competition and was blown away at just how good some of the wines were, especially the white dessert wines.

But it took two particular experiences last year to dramatically shift my position and allow me to declare once and for all that Minnesota has a wine industry, here to stay.

In doing the pre-class research I learned more about the recent developments in the world of cold climate grapes designed for winemaking, and one story stood out: that of Frontenac Gris.

It was the early 1990’s when the University of Minnesota started pumping some serious money into grape development. Basically, the same energy that went into wheat in the 1950’s, corn in the 1960’s, and apples from the 1970’s through the 1990’s, was now being targeted at grapes for wine in cooler climates. (There’s a ton of money to be made in this field, for the U of M gets a royalty from the sale of every vine from their development program. When it takes 700-2000 vines to plant an acre, the money adds up.) One of the grapes developed early on in the program was Frontenac, a cool hardy red varietal that developed solid aromas but always suffers from astronomical amounts of acidity even when fully ripe (my opinion? Frontenac might be the best rose’ producing grape not only in Minnesota but one of the best in the world).

Here’s where the story takes a wonderful twist: vines are extremely prone to mutations and mutations can happen to any vines at any times (and, in a wonderfully odd way … sometimes just one arm of a vine, or even just one branch, will show a mutation). Lucky for us, it was one of Minnesota’s top grape experts, Peter Hempstad, who was pruning the University of Minnesota research vineyard and noticed one clump of Frontenac grapes appearing gray while all the others were the normal black. Had it been an student intern, there is a good chance that bunch would’ve been pruned out thinking they were simply underripe, but Peter knew he had something different. This type of mutation in the pigments of the grapes is the exact same mutation that led Pinot Noir to produce Pinot Gris (Grigio) and Pinot Bianco. With the high acidity inherent in Frontenac, suddenly making the wine in a white version was possible and preferable (in my opinion). Frontenac Gris was born, and the first winery to commercially release it was Saint Croix Vineyards in Stillwater.

I’ve always believed that context improves the enjoyment of wine (it’s one of the tenants in the Vino Manifesto), and with the story of the development of the Frontenac Gris, which I told at length to the tour group, the enjoyment of that wine increased tenfold. It was a beautiful afternoon, sitting on the deck of Saint Croix Vineyards, sipping wine made from the vines within eyeshot. Was it complex, was it 92 points, or was it a hedonistic fruit bomb? Who cares. At that moment, at that winery, on that day, it was perfect.

The best way to spend a summer weekend afternoon?

The second revelation has to do with context.

A couple of weeks after the U of M bus trip, my wife and I found ourselves bored on a Sunday morning, not knowing what to do with the humid July day. Spontaneously we packed a picnic and some lawn chairs and drove south to Alexis Bailey Vineyards figuring that at the very least we’ll enjoy a bottle of wine. On the drive, rain started to fall but blue skies were in the west, so we plowed ahead. Arriving at ABV, it was easy parking and about a half dozen people milled about in the parking lot.

As we started walking from our car to the winery, we heard it … jazz. Fantastic jazz. Jazz of the kind of caliber we’ve paid big money to hear at local jazz clubs. The sound led us around to the back of the main building and down into the cellar of the winery, where the party moved to during the rain that recently came through.

Suddenly, Nan Bailey appeared, cleared a table for us, plopped us down and brought a pitcher of sangria, followed by a bottle of wine. The Doug Little Quartet was playing right in front of us, the smell of wine and barrels was in the air, and if you squinted your eyes and relaxed you could almost dream you were in a Paris jazz club. The moment was that good.

When the first set was done, the band moved back outside to the vineyard, and the crowd grew. Listening in the vineyard was great fun as well, and being able to bring our own picnic made the afternoon super affordable.

And the wine? Perfect. It fit the situation and the context I was in. It was from the barrels I was sitting near and the vineyard I was looking at. That makes a difference.

Honestly one of the best afternoons of the summer of 2012.

It’s these kinds of experiences that will be the future of the Minnesota wine industry. The wines are, honestly, getting better and better. I’ve even found myself reaching for them when I want to live a localvore lifestyle (isn’t it ironic how many ‘farm to table’ restaurants around town don’t have a single Minnesota wine on their list? Guess who one of the leaders in Minnesota wine sales is … you’ll never guess … Bryant Lake Bowl, thanks to dedication by owner Kim Bartmann). As more stories get told, more wine tourism occurs, and more jazz gets played in the cellars we’ll see a growing embrace of our local cool climate wine industry.

Will they ever be as good as Burgundy or Barolo? No. They can’t be, because it’s a different family of grapes. But that’s okay, because our wines can increasingly hold their own, especially in the right setting.

Check out the 2013 Jazz In The Vineyard line up (sorry I didn’t get this post up in June!).

The video below is from the afternoon I described. Enjoy!