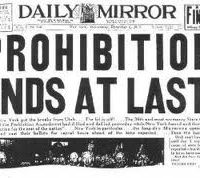 We are lucky in Minnesota. We don’t have state run liquor stores like Pennsylvania or Utah. We don’t have rules outlawing the ability to bring your own wine to a restaurant, like Colorado lives under. And there are quite a few states in which you cannot buy wine elsewhere and have it shipped to you.

But this doesn’t mean we’re without some oddities in our wine and alcohol laws. So just for the heck of it, here are some facts you might not know. (Note: this info is off the top of my head, so forgive any inaccuracies and please comment with correction if needed. And since we’re talking about laws here I gotta mention I’m no lawyer and this info isn’t meant to be any sort of legal advice or counsel. This is just for fun.).

In Minneapolis: a liquor store/wine shop has to be at least 2000 feet from any other wine shop, 300 feet from schools, 300 feet from churches (where, ironically, wine is a featured part of many services), and located on a minimum of five contiguous acres of commercial development. That means neat little neighborhood wine shops in residential areas can’t exist in Minneapolis. You cool cats at 46th and Grand? Out of luck … too little commercial development. You urban hipsters at 13th Ave NE and University? Sorry … too close to other stores. (The exception is the Downtown “B4” class liquor zone, where stores don’t have to be a certain distance apart  — check out the official city map of liquor store licenses). It begs the question: what would happen if this law changed and allowed more small fine wine shops to open in the neighborhoods (and, how would it impact the value and business at existing shops)?

In Saint Paul, a liquor store/wine shop can be in the residential neighborhoods, but has to be at least a half mile from another retail store. Stores like Solo Vino and The Wine Thief exist because of this (though the opening of The Wine Thief was hotly debated due to proximity to Thomas Liquors … whether you measured from property line to property line, or door to door, made all the difference). Thus, is it safe to say Saint Paul has the upper hand when it comes to great wine retail?

Then again, cities such as Roseville and Woodbury will dish out more and more retail licenses, even to new stores across the street from each-other. Of course, this is to many the ultimate leveling of the playing field, for it’s full and fair competition. Then again, you end up with two stores cannibalizing each-other trying to push Miller Lite out the door cheaper than the neighbor. So is it a win-win or a lose-lose?

There’s an interesting line-up of cities with Municipal (city owned) liquor stores in the south-west metro. Draw a line from Cedar Avenue and 66th Street in Richfield to Southdale, out to western Edina, continuing through Eden Prairie, and out to the border with Chanhassen. Nowhere on that line do you come across a private liquor store or wine shop (nor can one open). I’m not saying this is a bad thing (quite a few of these muni stores have amazing people, good inventory, and true enthusiasm). I’m just pointing out that it’s interesting.

In Minnesota, a city cannot have two liquor stores owned by the same individual or group. That’s why there’s only one Haskell’s in Minneapolis, and also why the MGM stores are so spread out. The Lunds and Byerly’s group opened a wine shop in their new Downtown location, so that takes any chance of Uptown ever having a license off the table (besides their proximity to Hennepin-Lake Liquors). So what would happen if suddenly owners were allowed more than one per city? What if a new Zipp’s landed in South Minneapolis? What if Solo Vino could open a Highland location?

In Minnesota you cannot sell wine in grocery stores … sorta. Always a hotly debated topic. If the state law changed it’s unclear how much power the cities would have to keep their distance between licenses laws intact. Also, whenever the wine in grocery store debate rears its ugly head there are fascinating square footage minimums that get proposed, effectively shutting out small artisan grocers and keeping the power in the hands of the mega-grocers. However, as you know, Cub Foods, Lunds, Byerly’s, Trader Joe’s, and the upcoming downtown Whole Foods all have wine shops, just with a separate entrance.

An exception to the rule: go to Northeast Minneapolis to Sentyrz Ethnic Market and you can see one of the last pre-prohibition liquor-in-grocery-stores situations in the state, due to their license being grandfathered in. Very few of these exist. For a Minnesotan it’s an odd feeling to be pushing your shopping cart full of potato chips, hamburger buns, and toilet paper and be able to grab a bottle of Cotes du Rhone and toss it in as well.

(If you’re truly geeked out by wine law, you can read up on all the Minnesota Liquor Statues)

In the metro area of Minnesota a retail shop can not have an on-premise (restaurant, i.e. wine by the glass for money) license … usually. You can’t be a wine shop and wine bar at the same time is the general assumption. One of the few exceptions was the former Spill The Wine location on Washington Avenue, which opened years ago with a little wine shop in the back of the restaurant. When they first opened I asked the founder of that restaurant how he got both. He said when getting final approval for his on-premise license the nice lady at the city counter said “Oh, and do you want a retail permit too?” He smartly said yes.

In Mendota we have two of the few metro wine shops that also have an on-premise license: Buon Giorno and Sunfish Cellars. (Mendota was founded before the state was established and thus can configure different laws, apparently.) These are two of my favorite places to go because doesn’t it just make sense to be able to buy a bottle after trying a glass with a nice plate of food?

I’m constantly amazed at how good California wine shops have it. They are fully allowed to sell wine by the glass … basically every single wine shop in that state can also run a wine bar but few actually do this or do it well. Terroir is one great exception (somebody please tell them their website sucks!), as well as Backroom Wines in Napa (one of my favorites). How cool would it be if Riverview Wine Bar could also have Riverview Wine Shop? Could you imagine Toast Wine Shop? Or Solo Vino Wine Bar?

In the Twin Cities, restaurant licenses have clauses that stipulate a minimum percentage of receipts HAS to be for food. The idea is that you don’t want people drinking lots, not eating, then trying to drive home. Sounds fair enough, but why does a city like Portland, who doesn’t have that law, seem to be not losing population due to car accidents, but they also have a THRIVING wine bar scene — the likes of which I wish we had? And here’s another curve ball: the taprooms that have opened since the Surly Bill was passed are doing just fine, but often the only food available is from a food truck parked outside. So why can’t we do this with a wine bar?

In Minnesota a wine shop is prohibited from selling any non-wine items that are not on the state approved list. Until recently it was illegal for a wine shop to sell a t-shirt with their logo on it. Books have to be ‘on subject’ meaning about wine. The leash is short on what constitutes “wine gift items”. We’re not the only state with goofy laws like this: in New York a wine shop is not allowed to sell a gift bag. You have to go to another store to get that. Going back to Portland (can you tell I love that city?), imagine how damn cool it would be if this place could open in Minneapolis. Yes, I’ll have a Pinot with my vintage Coltrane vinyl. Thank you.

And one more thought …

Speaking of what makes a local wine scene happen, here is my definition of what a wine bar is: a place where wine is the clear focus before all else (craft cocktails, beer, even the food). A constantly changing selection. An educated staff. An enthusiasm. Good stemware. Correct serving temperature. Now — with that list in your head — quickly name the wine bars in the Twin Cities. Amazingly short list isn’t it? Toast for sure. Black Dog Wine Bar. Bin (though their list is mostly big corporate names). JJ’s (I haven’t been there yet, though). Sunfish Wine Bar. And TERZO.

Ah yes, Terzo Wine Bar on 50th and Penn. Everything there is the way I want it to be. The buzz is all over town on this place. About 100 people have asked me “Have you been to Terzo yet???” That’s awesome.

Guess what? Last week when I asked Charlie Broder how it was going he was honest: “We could use customers during the week.” Whhhhhaaaaat?

Two things are at work here: 1) Minnesotans, in an odd way, sometimes avoid the place with all the buzz and hype thinking they can’t walk in for dinner. Fair enough, but trust me — go to Terzo during the week (they are closed on Tuesdays) and even if you wait a bit it will be worth it. And 2) the no-reservations policy is fine for the insanity of a place like Travail and it even works for Broder’s Pasta Bar, but I seriously think if Terzo offered reservations for the first turn (pre 6:30) on the weeknights they would hit a sweet spot.

So please, if you are wine lover in the Twin Cities, stop by Terzo on a non-weekend night and have a glass. Money and time well spent.