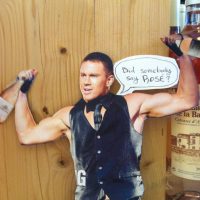 Note from Jason: This is a guest post from Bill Ward,  the Star Tribune’s wine columnist and producer of awesomeness at www.decant-this.com. Photo to the right from The Wine Thief’s Facebook page.

At this time of year, we tend to look back in time. But usually only to this particular annum. I’m hopping into the Semi-Way-Back-Machine and taking a gander at 2005, specifically the Twin Cites wine stores that opened that year.

And talk about the times-they-have-a-changed:

Cesare’s Wine Shop was tucked into a fantastic wine bar in Stillwater. In a sense, it still is. Original owners Robert and Leslie Alexander have decamped to their beloved Italy, and after some shaky years, the operation was sold to another “Alex” of sorts, Aleks Pantic, with partner Rich Hoch. The restaurant side is going as strong as ever, and the Domacin Wine Shop (http://www.domacinwinebar.com; 610 N. Main St., Stillwater) opened in 2012. [Note from Jason: Robert and Leslie Alexander are now giving excellent tours in Piemonte, specializing in Barolo and Barbaresco, and even have an app for touring and learning about the region. One of my students has been on multiple trips with them and can’t say enough good things. Check it out at Travel Langhe.] 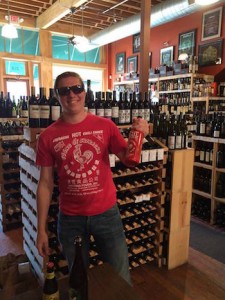 One store that opened in 2005 actually is gone for good: WineStyles in St. Louis Park, It was the first of a half-dozen or so local franchises of a company that never really caught on here and have all been shuttered.

A much happier story, and the store with the most continuity, is Wine Thief (winethief.net;1787 St. Clair Av., St. Paul). From the get-go Paul Wentzel does a consistently splendid job of stocking the homey store, spouse KaTrina writes the best “shelf talkers” in the Twin Towns, and they took over the adjacent space and installed a magnificent beer outlet, the Ale Jail.

Alas, KaTrina has taken a teaching job in California, and Paul is likely to be westward-bound soon as well.

But their urbane spaces are likely to fare just fine, in much the same fashion as most of the other retailers who opened in ’05. The faces might change, but the ardor for great wine — among the new proprietors and their customers — has, if anything, elevated mightily over the last decade.

Bill Ward is the Star Tribune’s wine columnist and has a wine website and travel-itinerary business at www.decant-this.com