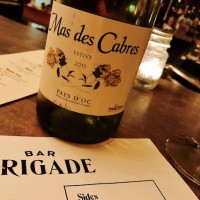 By Jason Kallsen on March 29, 2017 in Restaurants, Wine Bar News

There was a time about ten years ago that we rented a house in a little French villages called Pelissanne, located near Salon-de-Provence and the Southern Rhône Valley. Pelissanne is a perfect little real French village, off the radar of tourists (especially Americans). The old part of the village is full of 16th and 17th century buildings, curvy streets that seem to have their own rules regarding where pedestrians walk and tiny little French diesel autos drive, and shops that have no hours posted but are always there when you need them. The smell of baguettes (ah!! real baguettes!!) filled the air every morning.

Traveling in such a place, or living there for a week as we did in 2007, puts you into the community and allows you to find out how the locals live. The neighborhood bistro is as engrained in the French culture as the beret, and during our little stay in Pelissanne we found the perfect spot for a glass of affordable wine, a plate of affordable food, and some laughter and conversation to. The best memories of that trip are at the bistro surrounded by the local residents enjoying the end of the day. We got to know some by name while using that delicious baguette for mopping up the sauce after the dish of the night.

I’ve never found a restaurant in America that comes close to the feeling at that bistro in Pelissanne, until now.

Bar Brigade is open, and it is awesome. Small, but not too small. Active, but not too loud and packed. Affordable, but not cheap in quality or quantity. 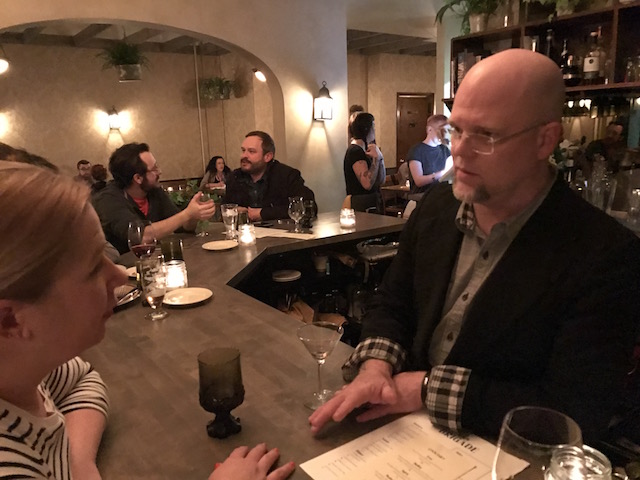 Chef JD Fratzke, founder and co-owner of Strip Club Meat and Fish and Saint Dinette, has joined the team of Matty O’Reilly (Republic, Red River food trucks, and more) to deliver the country French experience to the Mac-Groveland neighborhood.

Bar Brigade is housed in the former Ristorante Luci space just north of the Randolph and Cleveland intersection (off the northwest corner of University of St. Katherine). Ristorante Luci was a prized gem of local dining when it first opened well over 20 years ago, but after the Smith family opened Luci Ancora fifty yards away it seemed their attention was too split and customers didn’t understand the difference between the two. (Ancora is still open, but still doesn’t allow anybody to bring in their own wine for any reason — ugh! — so I tend to not go there even though I’ve expressed love for the restaurant and their by the glass program.) Thankfully, JD and company got rid of the cheap chairs and bad lighting that kept me from hanging out at Ristorante Luci more often and have warmed the spot with hanging plants and exposed brick while at the same time pumping in a bass-heavy groove beat at just the right volume to be a scene without hurting conversation. 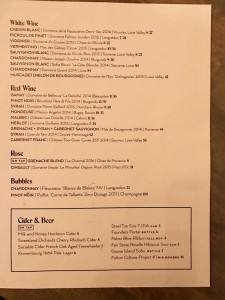 The wine list at Bar Brigade is elegant, straightforward, clean, and a model for others. Affordability is a big factor, but without a dumbing down of varieties, brands, or quality that plagues so many other restaurants recently. (You can easily tell what restaurants are having their business influenced by massive liquor and wine distributors when the likes of inexpensive Coppola or Chateau Ste. Michelle are dominant on the wine list … incredibly common for special deals tied to liquor brands to result in commodity wines on the list.) Bar Brigade looks to only be working with local distributors The Wine Company, Bourget Imports, and Small Lot, all integrity filled suppliers and ones I work with on the Red Rabbit wine list as well.

The bites we had were perfect in size and execution. Deep French flavors, lots of lingering yumminess, and not so big as to overwhelm us. The “perfect portion” equation is difficult to hit right, and after eating each plate we wanted just one … more … bite, which is my definition of the perfect portion. 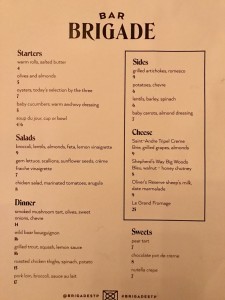 The trout was one of the best dished I’ve had in Minnesota this year, and that particular dish with a glass of the Vermentino is one of those head-spinning perfect combinations that will bring me to Bar Brigade over and over for a quick bite.

I’ve known JD Fratzke and his awesome artist wife Lisa for over ten years. After he left Muffuletta in St. Anthony Park as the head chef, he worked in the kitchen at the original Corner Table where I helped out with the wine list and staff training quite a bit. Getting to know JD at that time, watching his calmness and execution in the kitchen, and hearing from the other cooks about how amazing it is to work with him spoke volumes about his future. Angela and I have followed him closely with the opening and success (and soon closing but on his own terms) Strip Club Meat and Fish. Then came Saint Dinette, which to me anchored the future of Lowertown St. Paul as a food destination (I never warmed up to Heartland myself, but that’s a personal opinion).

Now with him learning a new life as a leader in the front of the house while instructing the kitchen, it will be great to see the evolution of JD Fratzke and what he brings to the local scene and his development in the hospitality industry. We’re lucky to have him here. 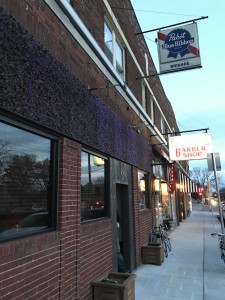 Good Wine vs. Great Wine vs. Interesting Wine
My favorite boxed wine brand (and why)

One Response to Bar Brigade in St. Paul is the perfect neighborhood restaurant