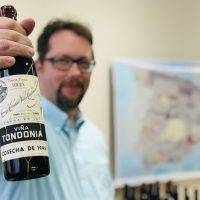 By Jason Kallsen on January 15, 2019 in The inside scoop, Wine Education

With any great European wine region, change can be difficult and slow. In France, change happens at a glacial pace, slowly over generations. In Italy, it’s a bit faster but still controlled by the federal government and mountains of bureaucracy and paperwork.

In Spain, it’s a bit different.

It’s not that change happens fast in Spain, but due to more localized control over wine laws, the amount of difference that can happen seems to progress at light speed compared to France.

As of January 1, 2019, new laws have gone into effect for Rioja, and you’re going see the impact quickly, starting with the 2017 vintage wines soon to be released. Here’s a summary of what you as a wine consumer need to know, including new aging requirements, new regional classifications, new names for old wine regions, and more. Here we go!

“Joven” is now “Generico.”
The term for a quick to the market, usually unoaked Rioja used to be “Joven.” You wouldn’t often see the word on a label (though sometimes you did), but if your Rioja was under a couple of years old and around $10 a bottle then trust me, it was a Joven.

Really? That’s the best they could come up with? It sounds so … well … generic. Anyway, on the other side of the equation is the next change: single vineyard wines.

Viñedos Singulares: The new single vineyard wines
This development is fantastic and long overdue. In a region best known for blending from multiple sites it’s exciting to know that some producers will be focusing on single vineyards of exceptional quality. The term can be used in conjunction with the aging categories, allowing for some fantastic ways to examine wines side-by-side. To become a Viñedo Singular, a wine has to meet some pretty stringent requirements:

New Aging Requirements
For red Reserva wines, the new law is three years of age with a minimum of 12 months in oak and six months in the bottle. Previously there was no minimum bottling age.

Rioja Baja is now Rioja Oriental
This needs some explanation. The region’s old name, Rioja Baja, translates to “Low Rioja” referring to the elevation. But that term was seen as a slight by many of the producers there, hinting at lower quality overall. So they decided to change the name … to Rioja Oriental. The new name carries a whole bucket of problems in English speaking countries, and a shipment of wines labeled “Rioja Oriental” was flat out refused by an American importer. However, in the local dialect, Oriental is “Eastern.” So go ahead and call it ‘Eastern Rioja.’ 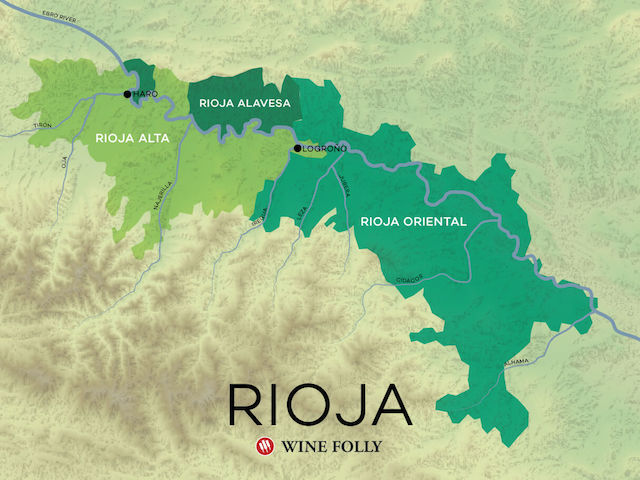 Four levels of Rioja aging, on top of four zone classifications
So beyond the new single vineyard laws, and on top of the new ‘Generico’ aging classification, there are two more site-related classifications: Vinos de Zona, and Vinos de Municipio, resulting in a grid of sixteen possibilities.

In terms of aging, a Rioja can be: Generico, Crianza, Reserva, or Gran Reserva.

Single Varietal White Wines
White Rioja wines have never excited me much (only 8% of the production and mostly made out of the forgettable Viura grape). But with the law changes, I’m excited to see what happens.

Now the list of approved varieties for single variety white Rioja is quite extensive: Viura, Malvasia, Tempranillo Bianco, Garnacha Blanca, Maturana Blanca, Turruntès, Chardonnay, Sauvignon Blanc, and Verdejo. We will see what happens with this, but confusion is bound to ensue unless people know what grape they are drinking or about to drink.

This confusion is not limited to the white wines, for any percentage of any of the five approved red varieties can be used for red Rioja. So if you have four glasses of Rioja in front of you, one might be a 100% Tempranillo Rioja, it could be 100% Garnacha in another, maybe a 100% Graciano in a third glass and the final wine could be a blend of all five grapes. 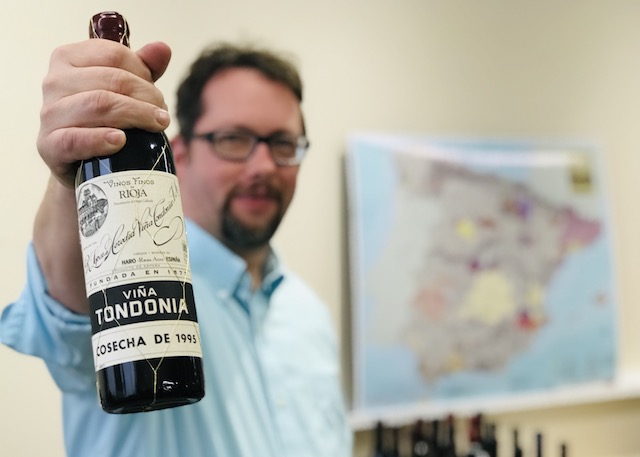 New Rioja Sparkling Wines: Espumosos de Calidad
The best known sparkling wine of Spain is Cava, production of most Cava happens near Barcelona, in a region that wants to separate from Spain. To pull away from the Cava umbrella, produce better wines, and charge more for them, new regulations for Rioja sparkling wines are now in effect.

Espumosos de Calidad is going to be pretty interesting. All permitted grape varieties, white and red, are allowed. Minimum aging on the lees for 15 months (compared to 9 for Cava). For Reserva, it’s 15 months and Gran Reserva 24 months. Plus one more level called Gran Añada with 36 months of aging! Wow! I can’t wait to try my first Gran Añada.

Summary: The new Rioja has arrived! These laws will help usher in an exciting boost of energy and attention to this historic region. The new regulations make sense, are well thought out (for the most part) and will help knowledgeable consumers get more of what they seek. Bravo!

Thematic wine drinking (and the “Jason’s Picks” for Q4 2018)
Tell your wine when you’ll set it free!

2 Responses to The new laws of Rioja: what you need to know