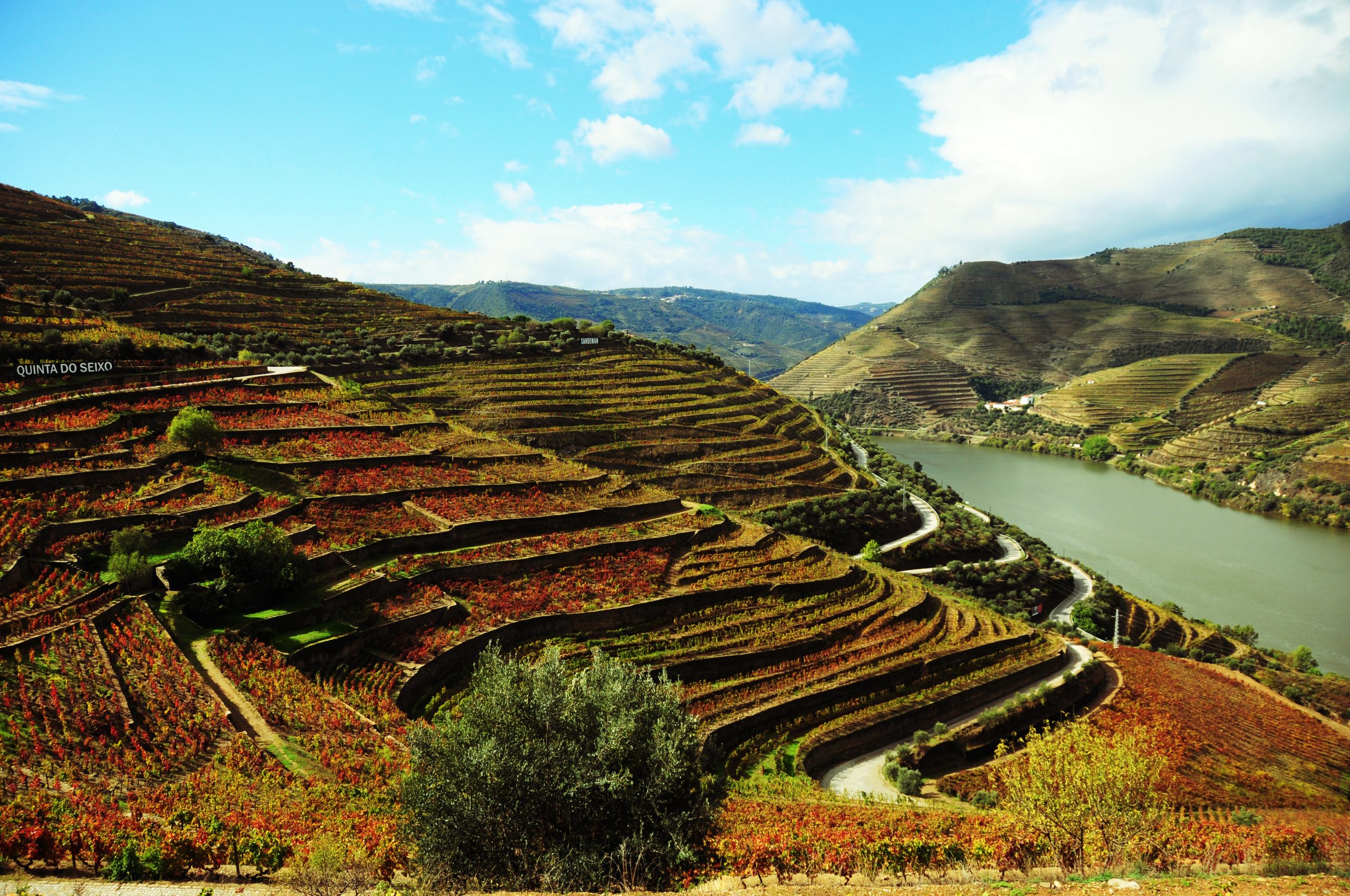 Some Stories from Portugal

And the winners of the social media contest 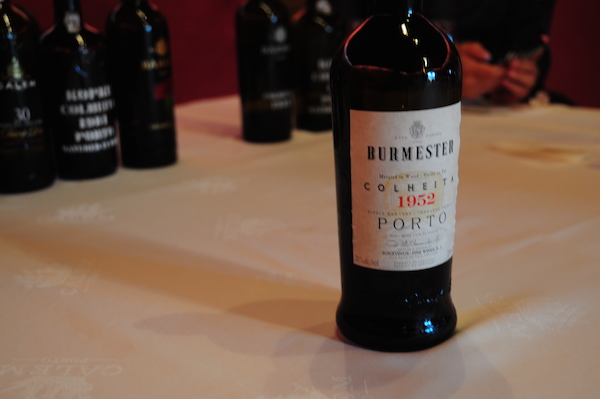 *** Many thanks to those that followed my journey in Portugal by liking, commenting, sharing, and retweeting the updates that came through via #douro14. I promised each action would put you in the hat for free tickets to the Champagne Masterclass. I actually made a little scrap of paper for each like, comment, share, and retweet (while enjoying a bottle of Douro wine of course), and put them into the bucket and asked for a drumroll as I picked three. I’m happy to announce the following have won a free ticket each to the Champagne Masterclass 2014: Maria M., Jeff B., and Judith S.! I’ll be contacting each of you via email. ***

My journey to the Douro Valley in Portugal in mid-October was a life changer. In the upcoming months specific parts of the story will be told via articles both here and elsewhere, but suffice to say the city of Porto and the region of the Douro are now on the top of my list for travel suggestions.

Here is a short overview of a few of the stories that are being expanded to full articles soon.

Eating Like A Local In Porto Means Simply Eating

On my first full day in Portugal, my friend Ryan Opaz and I went for a long walk covering many miles to help me get a sense of the city of Porto and a couple of neighboring communities. As we walked along the Douro river, to where the river meets the Atlantic Ocean, one thing became clear: tourism has not yet hit this beautiful place. Riverfront and oceanfront properties were full of cafés, bars, laundromats, pet food stores, shoe repair shops, and small grocery markets. No sign of a single chain restaurant. No sign of major development or neon lights. Though I have never been to Havana, I couldn’t help but make the analogy: I was in a time warp.

Our long saunter included stops at several cafés and a glorious lunch of grilled sardines and many bottles of wine. At least in the part of Porto we were in, if you wanted to eat at a restaurant you had no choice other than to eat like a local. Keep in mind this was two blocks from the ocean, six blocks from one of the most beautiful public parks in the world, and within a ten minute cab ride from the city center. In any other major city, this would be full of American chain restaurants or at the very least restaurants that have no soul (like the restaurants near Saint Mark’s Square in Venice, or any restaurant with a view of the Coliseum in Rome). 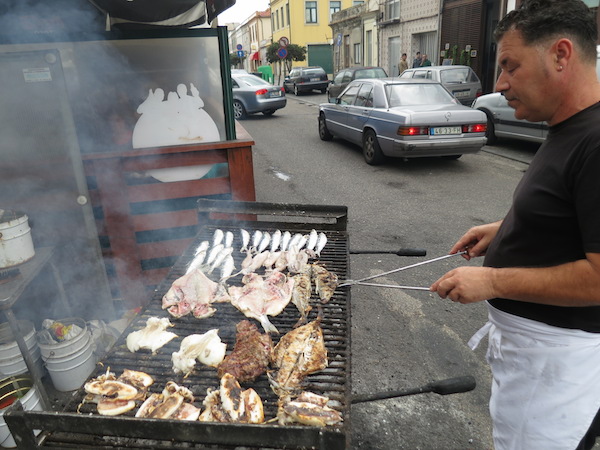 Look at the photo below. It’s a vineyard containing many 100+ year old vines on the Quinta do Seixo property (part of Sandeman). The tapestry of colors that you see shows the variety of grape selections in this small space. One thing I learned during the trip, which I wasn’t expecting at all, was the fact that many old vineyards in the Douro contain over 100 DIFFERENT VARIETIES. In the end, it’s the blending of these varieties that makes Port so special. There was a trend toward efficiency a number of years ago, planting one variety per vineyard, but some of the more interesting young producers are going back to the old ways and doing mixed field blends. Super cool. 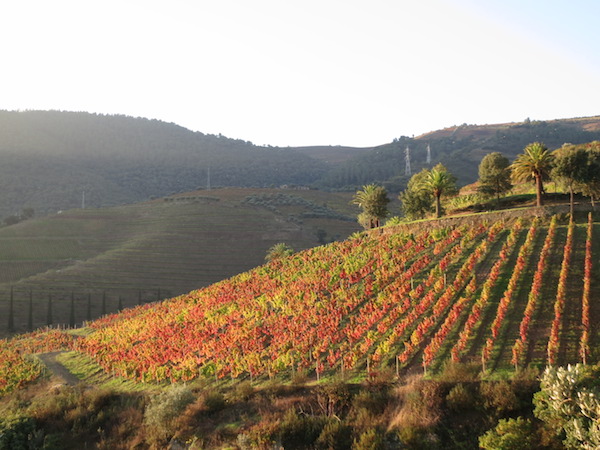 The main cost of visiting the Douro Valley is simply getting your butt to Porto. Once you are there, you’ll be amazed at how far the Euro goes. As Ryan was pointing out to me, a coffee (espresso) that is two Euro in Italy and one and a half in Spain is only sixty cents in Porto (and even cheaper in the countryside) … and it’s of higher quality. Dining out and getting the bill is like a comedy routine in the making: five people, six bottles of wine, appetizers and entrees and dessert for all plus some dessert wine for … what? … does that say 70 Euro? Yep, about $20 per person total. Plus, being Europe, taxes and tips are built into the price. You pay what you see.

Hotels? A four star in the city can be had for under $100. Transport? Taking the train from Porto through the Douro Valley (possibly the most beautiful train ride in Portugal or Spain) will set you back about $20. Snacks for lunch? Figure a buck or two.

Where The Old Bottles Are Waiting For You: Porto

The Portuguese have been through economic and social hell over the last hundred years, and at certain points families (and especially widows) found themselves in a pickle, needing a bit of cash. The wine cellar in the basement became an easy thing to liquidate, and local wine shops and restaurants happily paid a few bucks for wines that many considered too old.

But here’s the secret: they’re not too old. Evidenced by the popping of a 1969 white wine from Colares that Ryan Opaz acquired just down the road from his house that was a mind-blower (“From my local little bottle shop” he said). Granted, it’s a bit of wine roulette, and not every old bottle you find is good, but access to affordable bottles twenty, thirty, even fifty years old is easy in Portugal. It’s not uncommon to find 30+ year old wines for under $20 at restaurants … but you have to ask for the ‘other list’ to find them (or just ask to see the cellar and make an offer on some wines). 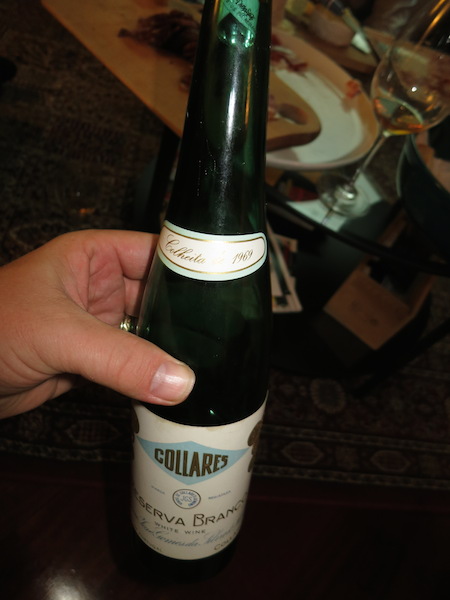 More stories coming! Some exciting announcements in the next few weeks which tie into this trip … can’t wait to share more with you!