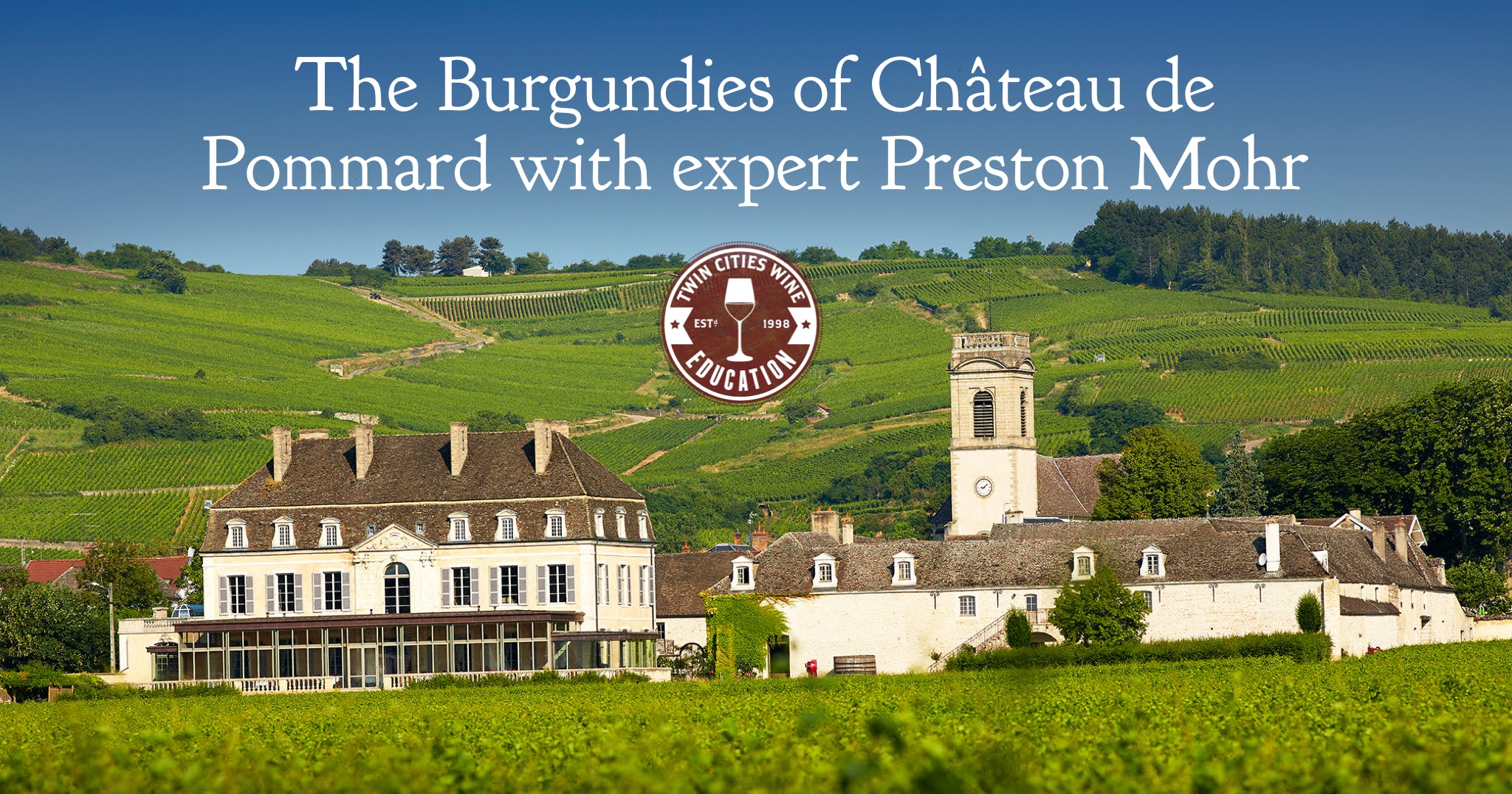 Twin Cities Wine Education is proud to present a special night for lovers of Burgundy wine and French travel and culture, through the insights of a true insider.

Château de Pommard is a historic house in Burgundy that is a leader in biodynamic farming, marketing innovation, and top-grade wines from the Côte de Beaune. Their United States expert, Preston Mohr (a University of Minnesota graduate) is in town for Thanksgiving week and we are honored to have him join us for a night of wines and learning.

THIS IS A RARE OPPORTUNITY TO TASTE SUCH GREAT WINES with an expert with as much experience as Preston Mohr. He’s had ‘boots on the ground’ in France and Burgundy for 15 years and will bring amazing perspective not only for the wine curious but especially for the wine traveler.

Wines to be served:

About Chateau de Pommard
Founded in 1726 by Vivant Micault, secretary to King Louis XV, Château de Pommard remains one of the most iconic and visited wine estates in Burgundy. Clos Marey-Monge, at the heart of the domain, has been producing one of the greatest expressions of Pinot Noir for more than two millennia. The 20-hectare clay and limestone-rich terroir make it the largest and most interesting monopole vineyards in the Côte d’Or. In July 2015, UNESCO declared the Clos a world heritage protected climat of Burgundy. The Carabello-Baum family of San Francisco purchased the domain in 2014 and became just the fifth family to guide the estate in almost 300 years. The family has transformed the estate into the ultimate wine education destination where anyone can experience the phenomenon that is Burgundy.

About Preston Mohr
Originally from the Twin Cities, Preston first came to France to complete his studies in art history while studying at the University of Minnesota. He fell quickly in love with the culture of France, its cuisine and above all, its wine. Preston has now lived in France for over 15 years and holds a Diploma in Wines & Spirits from the WSET (Level 4). Having spent many years in wine education, distribution and wine tourism, Preston understands that wine can be full of emotion but is often intimidating and very subjective. His role with Château de Pommard as your trusted Wine Advisor is to demystify the wines of Burgundy and to help you create a special place for wine in your life.