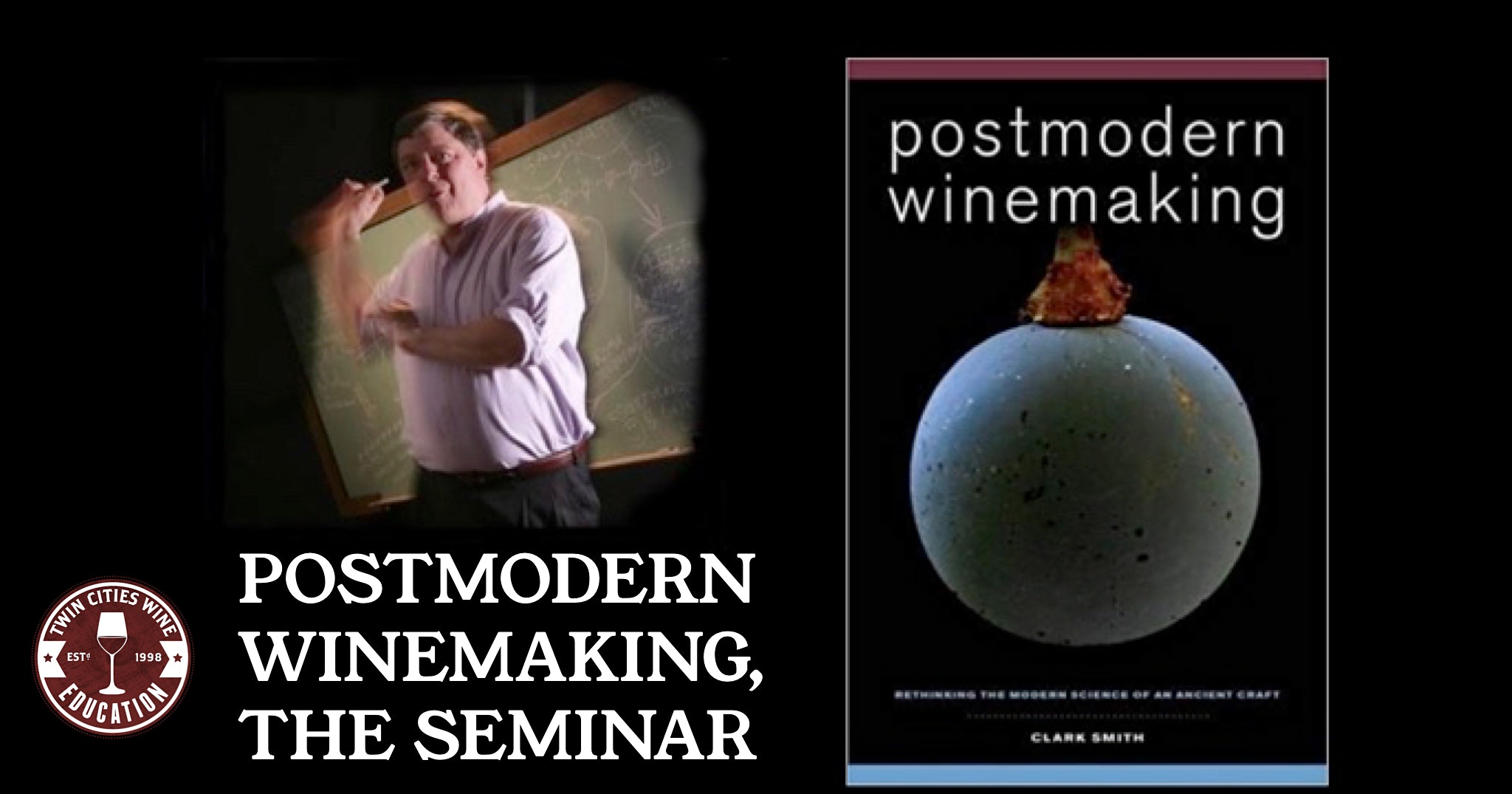 Twin Cities Wine Education presents a special night with one of the top wine minds in the world, Clark Smith, author of Postmodern Winemaking.

We’re overjoyed to announce the return of Clark Smith, wine scientist (and wine rebel) to the Twin Cities for a series of eye-opening classes examining the role of science in winemaking, the diversity of the wines of America, and the crossroads of music and wine in sensory perception.

Clark’s knowledge, inventions, teachings, and innovations are well known in the wine industry. He’s a controversial person, constantly questioning trends and assumptions from the point of few of a scientist. But he’s not just a numbers on the blackboard guy. He’s a wine lover first and foremost, consulting for wineries around the world as well as producing his acclaimed WineSmith wines.

In this special evening, Clark will lead us through a range of wines from California and elsewhere (including Pennsylvania, Missouri, Texas, and more) to explain his “Postmodern Winemaking” ideas as outlined in his outstanding book. This is bound to be a wild and fun freeform conversation!

If you have not yet read Postmodern Winemaking, try to acquire a copy before class. This is a great book for anyone interested in wines to own, but particular informative for the sommelier, wine buyer, and super curious consumer for the book hits on a wide range of topics including natural wine, the impact of alcohol, the chemical structures of wines that can be shaped, and the question of terroir.

We hope you can join us for this outstanding night. Limited seating, with special wines being shipped in just for this event being served, plus Clark will pop his own rare wines.

From the San Francisco Wine School: “Smith, best known for his book Postmodern Winemaking, has been named one of 48 Most Influential People in the Wine Industry. Smith calls into question conventional wisdom and explores traditions outside of mainstream wine production techniques. His WineSmith wines are forgeries and oddities that often succeed at the seemingly impossible, using traditional varieties and sometimes eclectic experiments with novel varieties and styles to illustrate many challenges to sommelier expectations. Smith has been teaching wine since 1984, and his insights and knowledge has been a guiding force in wine production to growers for decades.”