The Amazing Pinot Noirs of Siduri 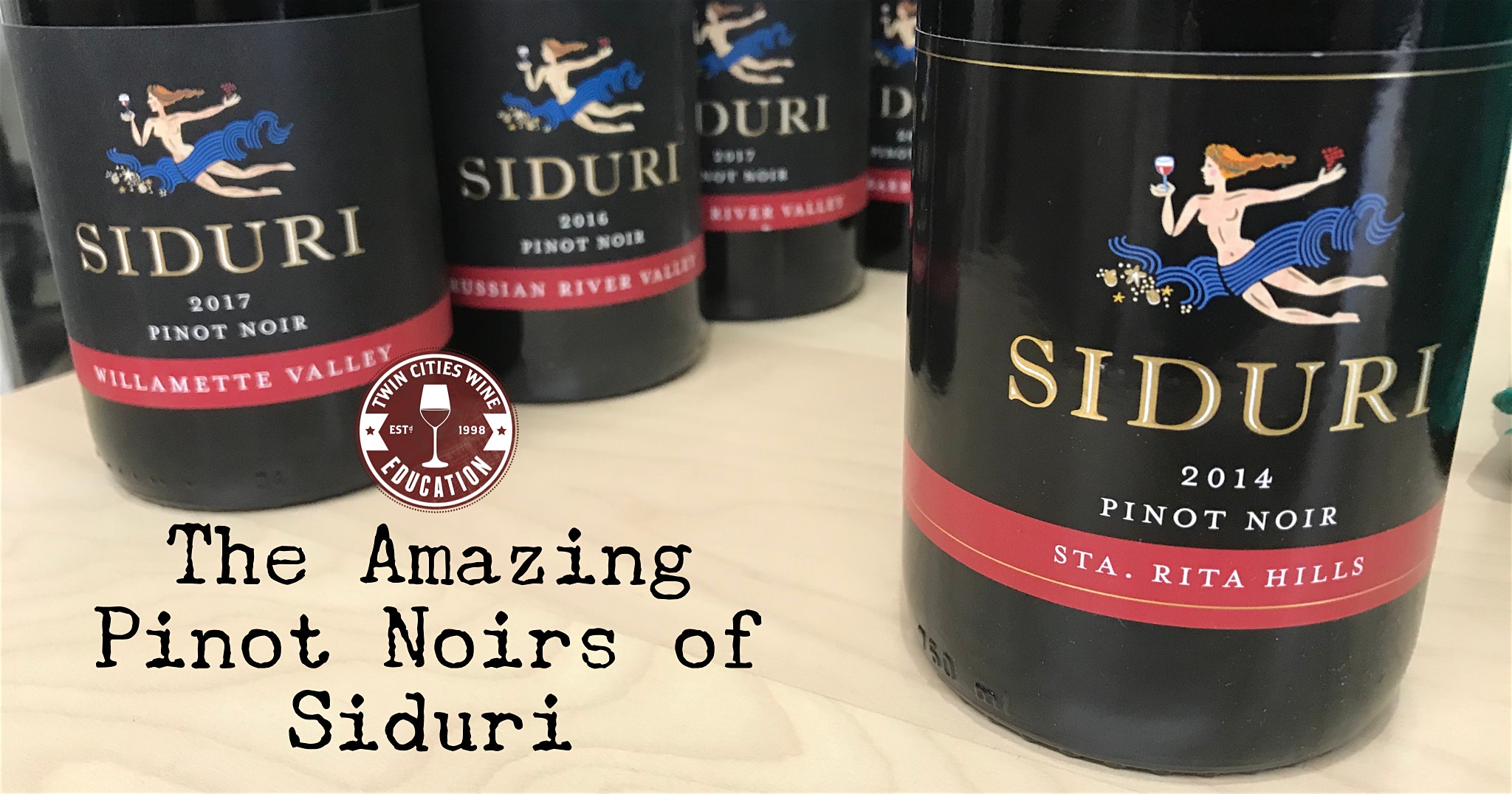 When it comes to Pinot Noir, there is nobody else like Siduri.

Founded by Adam and Diana Lee, Siduri is all about (and only about) Pinot Noir. Sourcing fruit from many of the top vineyards up and down the west coast, they allow the educated consumer to taste through a range of wines every vintage that shows the influence of true terroir on the wines. This vineyard sourcing is rarely available to other wineries. Hirsch, Rosella’s, Clos Pepe, and many more are annually represented in Siduri’s line up.

Plus, Adam Lee is a badass. He’s the one that took the debate about alcohol content in wines to a whole new level by switching his wines at a blind tasting, allowing for his higher alcohol wine to get mass accolades from the most ardent of alcohol percentage fanatics. This stunt was so amazing it was even featured in the New York Times.

In this tasting, we will learn the history of Siduri winery and the story of how Adam and Diana Lee came to be considered two of the top winemakers in America. We’ll taste through a range of wines that will give you a good sense of his style and outlook on the world of wine.

“Husband and wife team Adam Lee and Dianna Novy make some of the most compelling wines in the Central Coast. The Siduri label focuses on Pinot Noir, while the Novy label (Dianna’s maiden name) is used for all other varieties. The strengths are the Pinots from the Santa Lucia Highlands. Another strength is the regional Pinots, which are also some of the finest values readers will find in American Pinot Noir (and Syrah under Novy). The single-vineyard designates are the best barrels from each site, while barrels that don’t make the cut go into the straight Santa Lucia Highlands and the Santa Rita Hills bottlings, a pretty straightforward approach. The only thing is that sometimes blended wines can be greater than the sum of their individual parts, which is why this approach is still used by a small number of traditionally-minded producers in regions such as Piedmont and the Rhone. The Santa Lucia Highlands and Santa Rita Hills Pinots are without question the wines that offer the biggest bang for the buck here.” – The Wine Advocate, 2011

I hope you can join us for this very special evening. Seating is extremely limited.