Wines of Alto Adige and the Veneto of Italy (including Amarone!) 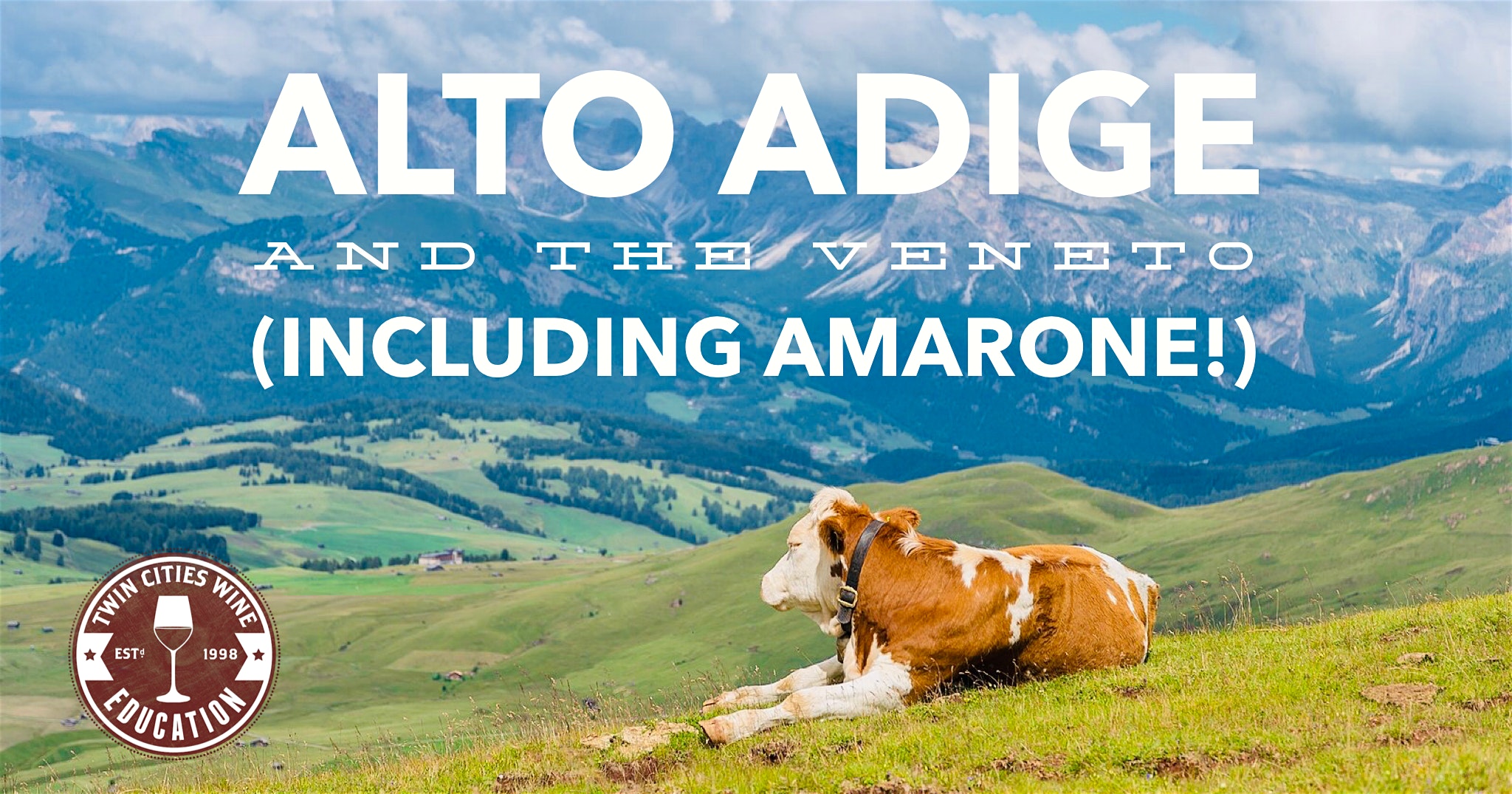 Twin Cities Wine Education presents …
The Wines of Alto Adige and the Veneto, including Amarone!

They are hands down two of my favorite wine regions on the planet. Alto Adige is accurately described as “Yosemite valley with grapevines and better food!” by a good wine friend. The Veneto is simply one of the greatest spots for wine in the world. And in this class, we’ll taste and learn about both!

In this new class, we’ll dive deep into the history, culture, foods, and of course wines of Alto Adige and the Veneto while tasting selections from some of my favorite producers.

We’ll start with the alpine region of Alto Adige. These are transformative wines that speak of a place better than most wines of the world, and I can’t wait to teach you about them. We’ll start with the geography and history of the area, the historical connections to Austria, and the assumption of the region by Italy in the early 20th century. We’ll also cover the influence of the region on World War II.

What sets Alto Adige wines apart from all others is the tension in the flavors, the bracing acidity, the impact on the palate, and the affinity with the local foods. These are some of the best wines in the world, in my not so humble opinion.

Next, we’ll go headfirst into the Veneto, surrounding the city of Verona, and focus on the wines of Valpolicella. In this special line up, we’ll taste all three main reds of Valpolicella side by side: regular Valpolicella, Ripasso, and Amarone. By tasting the wines of only one producer, we’ll learn how the special winemaking techniques of the region truly influence the final product.

Finally, we’ll talk about the foods of the regions including giving you cool recipes to try at home yourself.

This new class will be a great experience for you to open your eyes to two often overlook regions: Alto Adige and the Veneto!