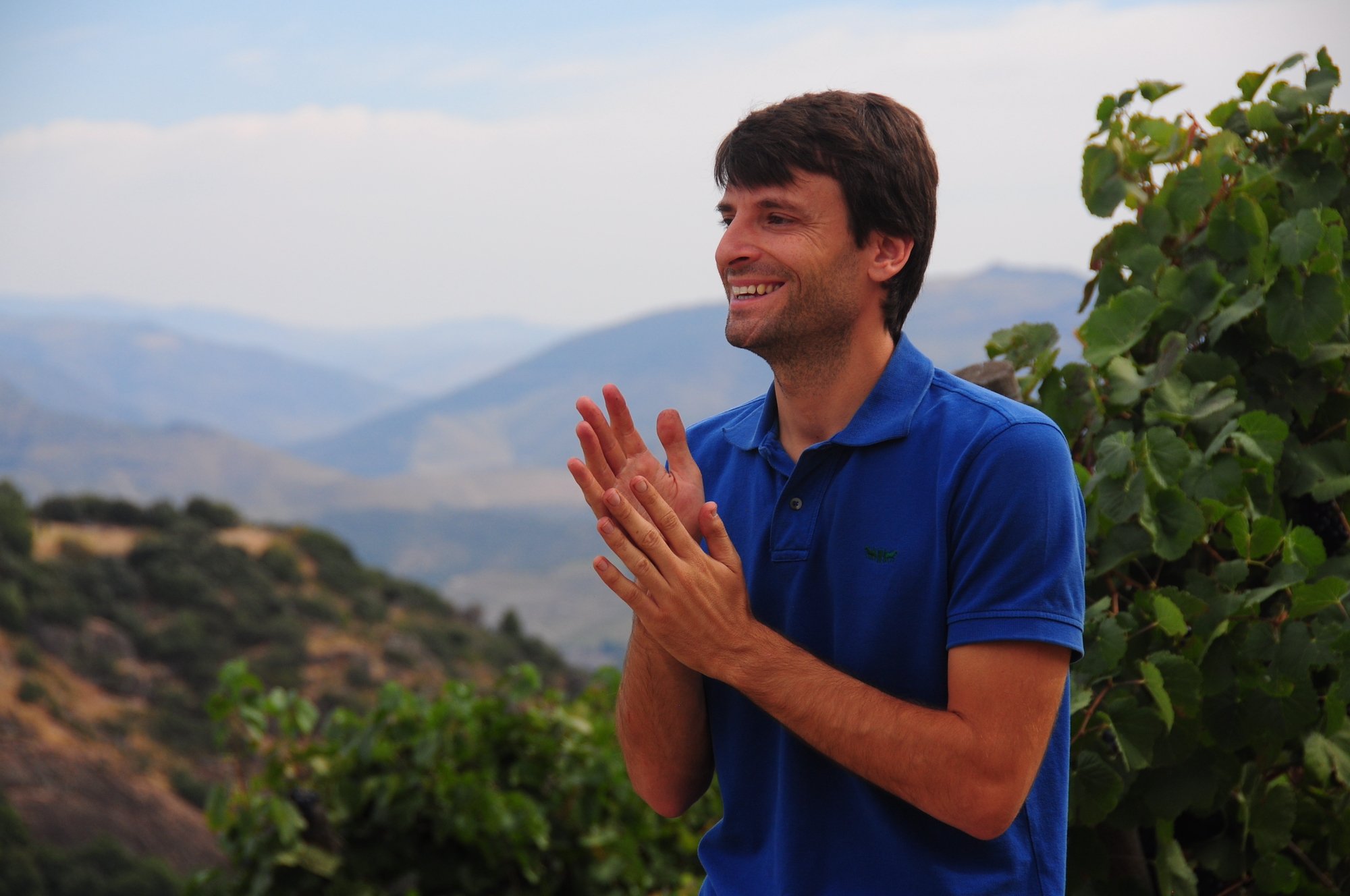 If the offer is still on, you’ll see the order form at the bottom of this page. Completed forms are sent to Solo Vino Wine Shop in St. Paul, MN, for final fulfillment (shipping is available).

Do you have friends that would be interested in our Friday Exclusive Offers? Forward this page to them and tell them to sign up for our newsletter!

If there is one country in the world that is delivering more bang for the buck than all others, it’s Portugal.

And if there is one set of affordable dry Portuguese wines that are outperforming all others, it’s those of Oscar Quevedo and his sister, Claudia.

My love of Portuguese wines (both dry and fortified) is well known and I’ve taught the lesson a thousand times. But if you’re new to Twin Cities Wine Education, here’s the short version on the big story:

Portugal (along with Spain) has been a historically poor country compared to two other European wine-producing neighbors, France and Italy. After World War II, as much of Europe was rebuilding and progressing, both Spain and Portugal fell behind. Both were under dictatorships. Both hindered progress and growth through aggressive nationalism. And by the 1970s, both were making wine the same way they were in the 1870s.

Spain and Portugal both joined the European Union on January 1st, 1986. That marks the start of the modern era of Iberian wines. Within about 10-15 years, Spain started to catch up and produce better wine than they ever have. But Portugal was still behind, and still poor. So poor, in fact, that they didn’t have the money to pull up their old indigenous grapevines and plant the more popular and fashionable (at the time) Chardonnay and Cabernet.

This was lucky for us, and for them.

Fast forward to the 2010s and 2020s. The wine world has moved away from the homogenous and into the distinctive. The wine world craves a story and something you can’t find anywhere else. And Oscar Quevedo was perfectly poised to jump on this trend.

The Quevedo family began as farmers in the Douro Valley. But being Portuguese in the Douro Valley (where the British families that controlled the wine industry held power) meant they couldn’t bottle and sell their own wine. That is, until January of 1986 when Portugal joined the EU. Suddenly the Quevedo family could do something their previous generations could only dream of: make and bottle their own wine, with their own name on the label.

I first met Oscar in 2011, when our mutual friend Ryan Opaz of Catavino organized a tour of America for a core group of outstanding winemakers including Oscar. In both 2015 and 2016 I was able to hang with him in the Douro Valley, learning about his vineyards and his business.

And I can say this with conviction: Oscar is one of the most genuine people I’ve ever met in the wine industry. He and his sister, Claudia, run the family operation now. They make incredible Ports (which we’ll feature this fall or winter), and have just released a new Gin.

But the focus of this offer are the three wonderful bargains: Oscar’s White, Oscar’s Rose, and Oscar’s Red.

NOTE: In the photo is the 2019 white, because that’s what I had in hand at the moment. BUT the 2021 has just arrived and that is what will be shipped to Solo Vino for this offer.

Grape varieties: Gouveio (37%), Viosinho (33%), Códega do Larinho (13%), Folgosão (10%), Arinto (7%). It’s a gift of the wine gods that these grape varieties are still in the ground. Imagine what would have happened if Portugal had the money in the 1980s to chase after trends, ripping out their native grape and losing them forever?

Aromas: citrus and passion fruit, along with a bead of lemon zest and apple. Energizing, fresh, and frisky.

Food pairing: throw any seafood you can imagine in front of this for a good time. Also perfect with salads of all types, as well as a simple pile of cheese and crackers. Incredible versatility.

If you love Sauvignon Blanc but want to step away a bit from the smack-ya-in-the-face pink grapefruit, this is the white wine for you!

Taste: dry, edgy, refreshing, and everything you want rosé to be.

Food pairing: can you see the sunshine? This goes great with that. Drop the mic.

This is classy, dry, detailed, complete and high acid rosé that will satisfy all lovers of pink wine. It’s a regular bottle on our summer patio table.

Aromas: Intense notes of dark berries (blackberry and cherry) complemented with a touch of dark chocolate. Fantastic stuff, with a weight to the aromas that is unexpected at this price. This is the kind of wine I catch myself smelling over and over and forgetting to sip it.

Taste: Typical of great dry Douro reds, it has grip and intensity. Firm tannins and medium to full body, all from the grapes and none from oak (the wine was aged in neutral oak, not new oak).

Food pairing: hamburgers, grilled steak, stew, and if you have some bottles left this winter, pot roast.

Note: this wine has a history of catching reviewers off-guard with its quality. Decanter magazine rated the previous vintage 95 points, starting an international feeding frenzy on this wine.

With the economy shifting so much in the last month, I’m putting my money into wines like this. Wines that over-deliver, that aren’t risky, that support families that do the right thing, and that will impress my friends. Stock up!

Thank you, everyone! Please spread the word about our Friday offers!

This offer has closed. Thank you for your interest.