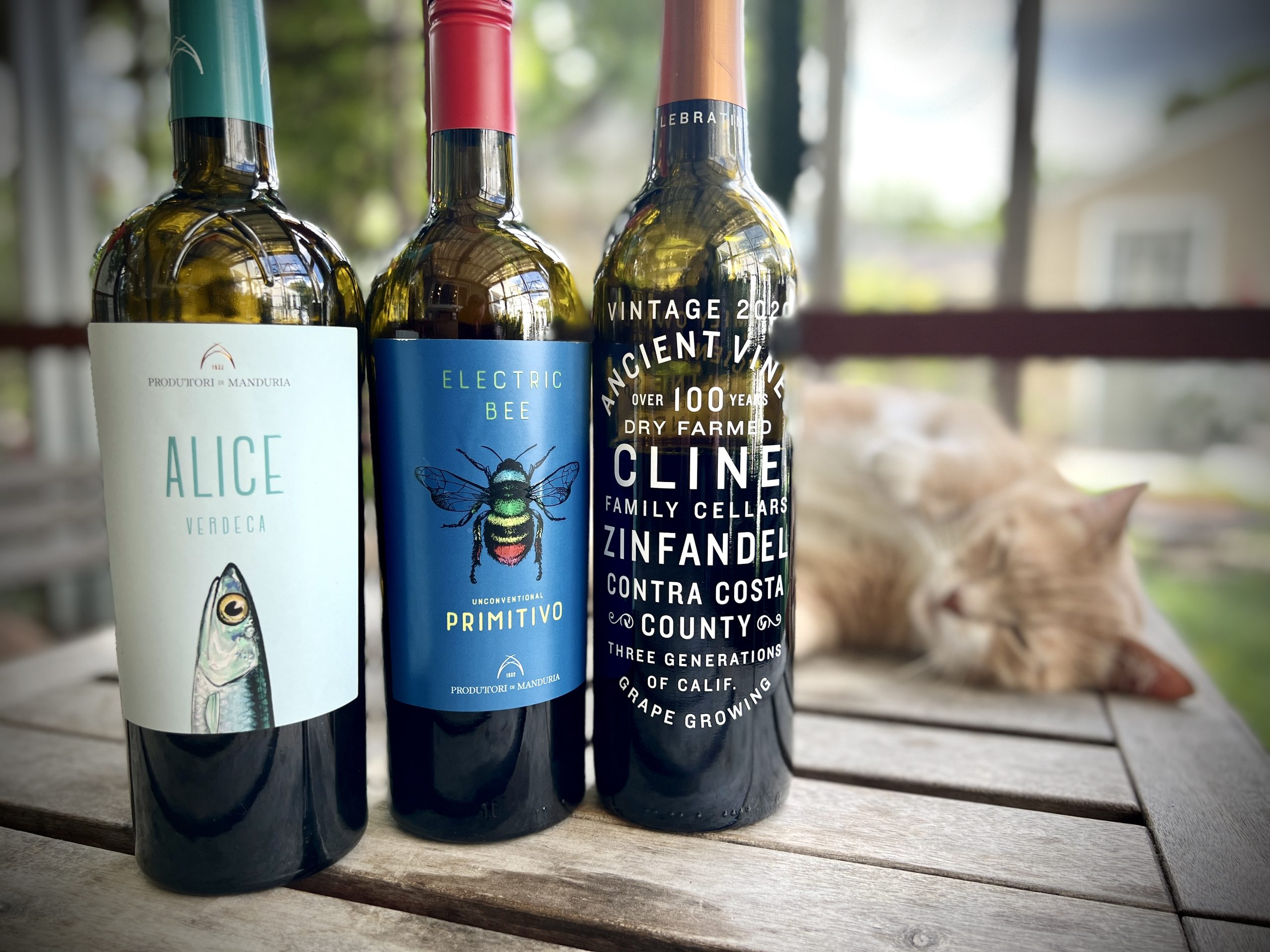 If the offer is still on, you’ll see the order form at the bottom of this page. Completed forms are sent to Solo Vino Wine Shop in St. Paul, MN, for final fulfillment (shipping is available).

Do you have friends that would be interested in our Friday Exclusive Offers? Forward this page to them and tell them to sign up for our newsletter!

CO-OPS: The Good and The Bad

Cooperatives exist in many wine regions throughout the wine world, but especially in Europe. The building of co-ops in wine regions goes back generations and was largely established post-WWI when many European wineries found their business model unsustainable, or it was too hard to compete, or they discovered that to really make an impact, they simply needed to make more wine.

There are some regions in which co-op production doesn’t really go for quality but rather for quantity. These regions are often off the beaten path, not tourist destinations, and have an established older population that simply wants to have access to acceptable but drinkable wine. In some of these co-ops, you actually pump your own wine with a gas pump, filling up your containers and heading home after swiping your credit card. Self serve! I’ve seen this in many rural areas of France, Spain, and Italy.

But there are some high-end wine regions where the co-op model has resulted in many of the best wines in the region. The top example is Alto Adige, in far northern Italy, where Tramin is arguably the best winery there. In Alto Adige, the co-op model is necessary because the farms are so small, averaging only 2.5 acres in size. This is also the case in Vinho Verde, where hundreds of tiny farms sell grapes to hundreds of tiny co-ops, many of which are focusing on quality rather than quantity. (I think the top wine revolution of our time is happening in northern Portugal.)

What we have here

The heel of Italy, Puglia (or Apulia), is a firehose of incredible volumes of forgettable wine produced by massive companies. If cheap wine producers in the rest of Italy need juice, they turn to Puglia. This juice goes into the “Vino de Tavola” or Table Wine, often labeled without a vintage or any indication of what grapes are in it, and sold in bulk at supermarkets.

But of course, there is another side to the story.

The Produttori di Manduria (“Prouduttori” is Italian for co-operative) was established in 1928 and is the oldest co-op on the heel of Italy. This co-op works on the model of one in Alto-Adige, sourcing grapes from families with old vineyards top quality fruit but little acreage.

The average acreage for members of the Produttori di Manduria is only 2.25ha (or 5.5 acres). Because these are tiny plots of land, almost all the work can be done by hand with attention to detail. The members are paid not only based on weight but also on the quality of the fruit. This is the exact model that the best of Alto Adige use as well, and here it has made some stunning wine indeed.

Verdeca is an ancient grape found primarily in Puglia, but genetic testing has confirmed that it’s the same grape as Lagorthi in Greece. The heel of Italy was a Greek Empire stronghold, so the easy assumption is that the grape was brought over thousands of years ago.

Verdeca was primarily used in the 20th century for Vermouth production, so many large growers ramped up the production through the use of fertilizers. But the Verdeca in this bottle is from well-trained vineyards with a focus on quality.

Want to deep dive on Verdeca? Check out this post from Fringe Wine.

How to describe this awesome Verdeca? It’s a beautiful aromatic blend of white flowers and citrus fruit, with a core underlying apple and pear. This one is light to medium-bodied and really speaks of place, with a bit of salinity in the mouthfeel and a super clean finish at the end. It’s a beautiful wine and the best Verdeca I’ve ever had (truth be told, I’ve only had about ten of them but that’s what happens with obscure grapes like this!).

Food pairings? While this has loads of awesome acidity, it’s not an ‘acid bomb’ and thus can pair well with a slightly richer weight. This may be the ultimate wine for calamari and would be perfect with linguine and clams (especially with some lemon zest added).

In the 1990s and 2000s, Dr. Carole Meredith of UC Davis cracked the code on Zinfandel and tracked it back to Croatia, where the original name was Tribidrag. But the wine world suspected for some time that Primitivo from Puglia was the same as Zinfandel. So what came first? Was it brought TO Italy from California? Or the other way around?

Angela made a beautiful timeline here to explain what happened. Around 1700 it was brought across the Adriatic Sea from current-day Croatia, while cuttings were also brought to Vienna. Going through a number of name changes, those vines ended up in America in the early 1800s and were embraced by the Italian immigrants, for the resulting wine reminded them of what they drank at home.

So here’s the truth: while there is quite a good amount of totally decent to above average Primitivo available to consumers in the United States, most of them have a ‘sameness’ usually around a sappy mouthfeel and elevated alcohol. The beauty of this wine is the balance. It’s 13.5% ABV and comes across with a refreshing personality that others in the area lack.

Plus, THAT BEE IS SO CUTE!

Aromas of ripe cherry and black raspberry, with the typical zinfandel peppery edge. There is a plummy thing going on as well, pure fruit and not based on the ABV. Medium bodied with a delicate freshness. Seriously good wine, not a feather out of place. It soars.

One more gem: the new vintage and package for Cline Ancient Vines Zinfandel (OMG, this is good), and let’s talk ribs

Many of you know our crush on the Cline Family wines. Old vineyards, beyond-organic farming, natural winemaking in all the best ways and none of the worst, always innovating, and stable pricing (sometimes it seems too low but don’t tell them that). There is rarely a wine from Cline that we don’t give top grades to.

One of the annual events in our life is the Zinfandel Ribfest, held on the last Thursday of July. It’s a gathering of a dozen wine friends (including some of my mentors: Brian Mallie of Kowalski’s, Ted Trampe from my days at Surdyk’s, and “Burgundy Bob” Kyllingstad) to eat ribs and drink zin. We compete for the best Zinfandel brought, and a trophy is engraved. (I’ve won twice, Angela won once.)

Three weeks ago, I got my annual phone call from Bob to remind me of the event. He calls me every year to remind me, so I just sent him to voicemail this year because I already had it on my calendar.

Last weekend I got to work on my ribs (I do great ribs). Six racks of baby back perfection.

And I picked out my wine: the 2020 Cline Ancient Vines Zinfandel.

On Wednesday, I found myself in Solo Vino talking with Warren (who is also a regular competitor in the Zinfandel Ribfest) and asked him what rib preparation he was doing.

“Didn’t you hear? It’s off this year. Maybe delayed until September. Bob’s party room is being renovated.”

I listened to my voicemail from three weeks ago. It indeed was Bob saying Ribfest is off until early fall.

Now I have six racks of deliciousness ahead of me. Actually, I’m down to four. Last night I polished one off while watching a replay of Liverpool vs. Milan in the garage.

Back to the wine: THIS RANKS AS THE BEST CLINE ANCIENT VINE ZIN I have experienced. How do they do it? The secret, if it even is a secret, is in the vineyard. The Cline holdings are in Contra Costa County, due east of San Francisco, where Fred Cline purchased lots of old vineyards in the 1970s when the land was cheap. There was never a mortgage as far as I know, and the family’s passion for producing over-delivering wines for the money will often originate from these old vineyards. Learn more about the legendary old vineyards of Contra Costa County.

14.5% ABV. Totally balanced and juicy. Loads of what you want in a zin: big red and black fruits, pepper, spice, harmony, and balance. Oh my this is good. And great with ribs.

Some advice on ribs and my personal rub recipe

These are just my opinions, but here you go.

I like to use baby backs, but I won’t hold it against you if you’re a sparerib person. Take the ribs out of their packaging and slowly and methodically check for bits of bone from the butchering, clean up any loose tags of meat or fat, and pat them dry.

Put the smallest skim of olive oil on both sides of the ribs, then generously shake the rub onto them. Let them sit for at least an hour while you get the smoker going.

My smoking formula is simple: three hours on (about 250 degrees average), wrap the ribs, two more hours on, take ribs off, and allow to sit for one more hour before serving. 3-2-1.

I’m a big proponent of freezing ribs when they are done, then reheating in a low-temp oven or an offset low-heat grill. I think the freeze-thaw process helps release the rib from the bone in just the right way.

It’s called the Family Rub because I invented it in 2002 when Spencer was small, and he liked it. Not too spicy, but not too sweet either.

Quantities are in PARTS for easy bulk production if you want

I’ll be totally transparent about this: you can find these wines around town (but maybe not at these prices). The two from Italy are new to the market and finding homes at many of the great independent shops. The Cline AV Zin is a powerhouse brand in Minnesota, easily found throughout the state (though most stores are still selling the old vintage/label).

If you don’t buy them through this offer, just know how good they are when you see them in shops. (And please shop local, and avoid the big box stores.)

All three of them are fresh, balanced, clean, and delicious. In the next eight weeks here in Minnesota, we’ll be going from the dog days of summer to the first frost, and all of these wines can play across those extremes.

So the simple advice: buy them all, and smoke up some ribs! Send me a picture if you do.

This offer is closed. Thank you for your interest.