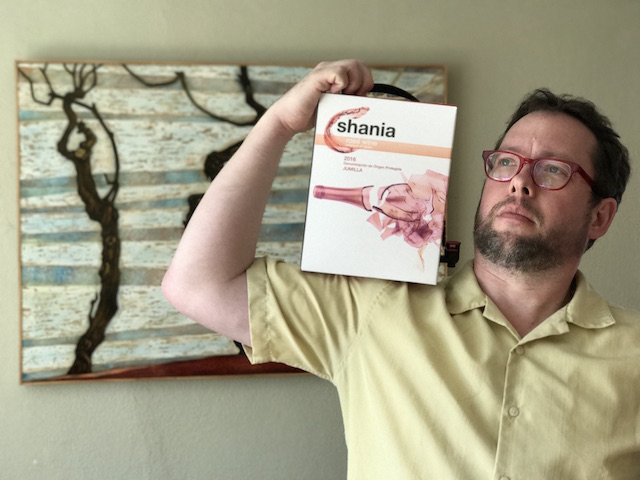 Everybody should have boxed wine in the house. Simple as that.

Why? Because it represents more of what the wine world needs: casualness, unpretentiousness, and ease of service.

Let’s start with ease of service: Last night I spent five minutes trying to get through a fancy bottle dipped so heavily in wax that I needed three different tools to get the damn cork out. I don’t know what kind of massive ego led this winemaker to put half a pound of paraffin on top of the bottle, but it sure didn’t add to my overall enjoyment. Boxed wine solves the problem.

Let’s move to unpretentiousness: Too many wine snobs are in the world, their noses in the air while they pontificate endlessly about aromas of desiccated organic watermelon rinds in a field of dried acorn shells. I don’t care about the subtle nuances of unicorn tears dripping over roasted leprechaun (sorry for the visual). Boxed wine solves the problem. Let’s just drink the stuff!

Lastly, casualness. This is what takes people off guard the first time they travel to Europe. You go to a restaurant, order a glass of wine, and it arrives in a little tumbler. It’s not because it tastes better in a tumbler. It’s not because the tumbler is the traditional vessel of that corner of Wherever. It’s not because the restaurant is excessively cheap (well, maybe it is). The reason many wines are served in tumblers in Europe is because the wine is affordable (often cheaper than a can of Coke), plentiful (even rest stops on the highway have stand up wine bars), and meant to be simply consumed and enjoyed. If you want to enjoy wine in a casual (i.e. European) way, boxed wine solves the problem.

This is not to say you should only drink boxed wine, or only enjoy wine out of tumbler with no thought of describing it.

What I’m saying is that boxed wine represents what we need more of in the wine world: simple enjoyment of wine as a beverage of pleasure.

My favorite boxed wines are all from a brand called Shania. The white, red, and new rosé are all awesome and here’s everything you need to know about these wines produced in Spain by the Juan Gil family.

The wines come from Jumilla, a wine region is southeastern Spain toward the Mediterranean Sea. It’s a region of extremes, with incredibly hot summers and cool winters due to the elevation. It’s not a region of subtle wines: the only varieties that can produce consistently good wines here are ones found throughout the Mediterranean Basin: Grenache, Syrah, Mourvedre, and Grenache Blanc. Typical of regions of extreme heat, the resulting wines are not known for beauty or detail, but rather consistent production and predictably bold flavors. All of these wines come in 3L boxes for between $20-25 … the equivalent of about five and a half bucks for a bottle. To put it another way, that 5 ounce glass you pour whenever you want some wine will set you back all of a buck and change. That’s called fun wine drinking!

Shania White is made from the Grenache Blanc grape, which is a grape I tend to hate when somebody tries to do something serious with it. Honestly, the worst Grenache Blanc based wines I’ve had are often the most overthought and expensive. This one is crisp, clean, lively, and unlike most boxed wines actually has lip-smacking acidity. It’s a crowd pleaser for sure, and is best served refrigerator cold (the acid drops off fast as it warms up a bit). Think crisp clean happy lively joyful uncomplicated and you get the idea. Great with potato chips.

Shania Red is made from the powerhouse Monastrell grape, which is the deep dark backbone of many wines from the Southern Rhone. If you’ve had a Côtes-du-Rhône that impressed you with body, heft, and muscle then you’ve probably had a wine with a high percentage of Monastrell. In this boxed wine, you’ll find a pitch-perfect representation of a “country Euro wine” which to me means if you were an hour outside Madrid, stopping at a small tapas joint for a bite, and asked for a glass of red wine this is what you’d get. A touch earthy, a touch red-black fruit packed, a touch fresh and edgy, and quite dry in the finish (unlike so many other boxed wines). Great with a burger fresh off the grill.

Lastly, the icing on the cake: Shania Rosé has arrived (new this year) and it’s what I’ll be drinking all summer long. Hard to find info on exactly what it’s made of, but I’m going to assume Mourvedre (but in the end I don’t much care as long as it tastes good). Pale salmon color, beautiful highlights, dry as can be and crisp and clean. This is the top rosé of this year in terms of quality to price ratio. No doubt.

Boxed wine has its place, and it’s a place of fun, relaxation, unpretentiousness, and mindless enjoyment. It’s about absorbing the great weather that is coming our way and saving some serious money in the process.

Shania boxed wines can be found at many wine shops around town. I suggest you shop at independent local shops for many reasons, and be sure to ask for their opinions as well. They taste more wines than anybody, and might lead you to the next great thing.