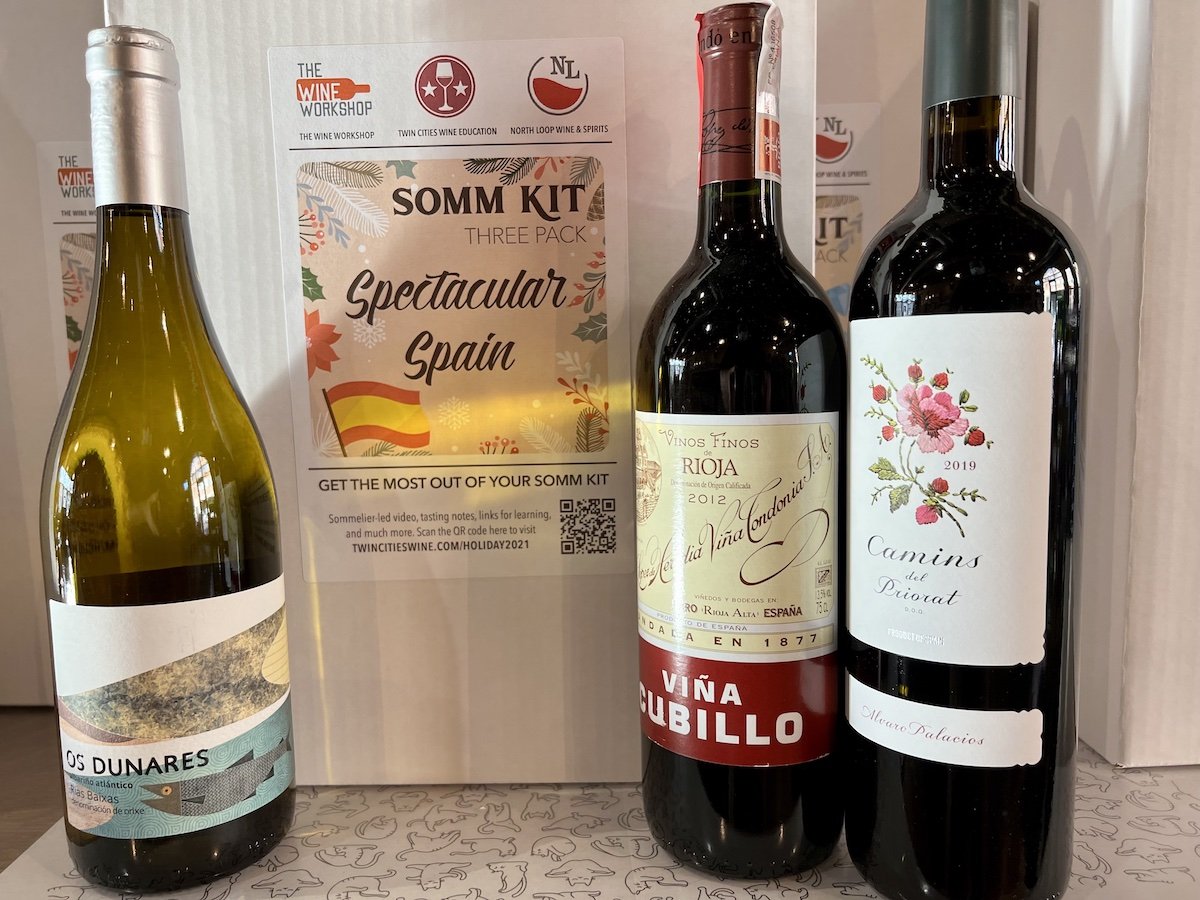 Three fantastic wines representing three great Spanish wine regions. The travel is from west to east, with one white and two totally different reds. Let’s learn about the wines!

But first, in case you have no idea who we are, here’s an introduction from us, explaining who we are and what we do:

Let’s learn about your wines!

As mentioned in our video, this is an area of beauty and lush growth due to the abundant rainfall (which also leads to Albariño being the main grape). It’s a beautiful zone, and easy to get to if you are in northern Portugal (makes for a great trip).

Rioja is, without a doubt, one of the great wine regions of the world. A number of new laws are coming into effect and you’ll be seeing some new labeling from the region including, for the first time, the opportunity to label wines from single vineyards.

And be sure to watch this great video all about the producer, Lopez de Heredia.

ALVARO PALACIOS, and the spectacular region of Priorat

These are modern and powerful wines, but coming from ancient vineyards that were forgotten for decades. The revival of Priorat as a wine region is one of the great stories on the last 30 years, and the wines are world class.

Spain is special. After decades of being ‘behind the curve’ in the wine world, they have come roaring back in the last twenty years with wines of distinction, quality, and gigantic bang for the buck. We love this Somm Kit because of the variety it shows, and we encourage you to learn more about Spanish wine.

Thank you! Enjoy your wines!