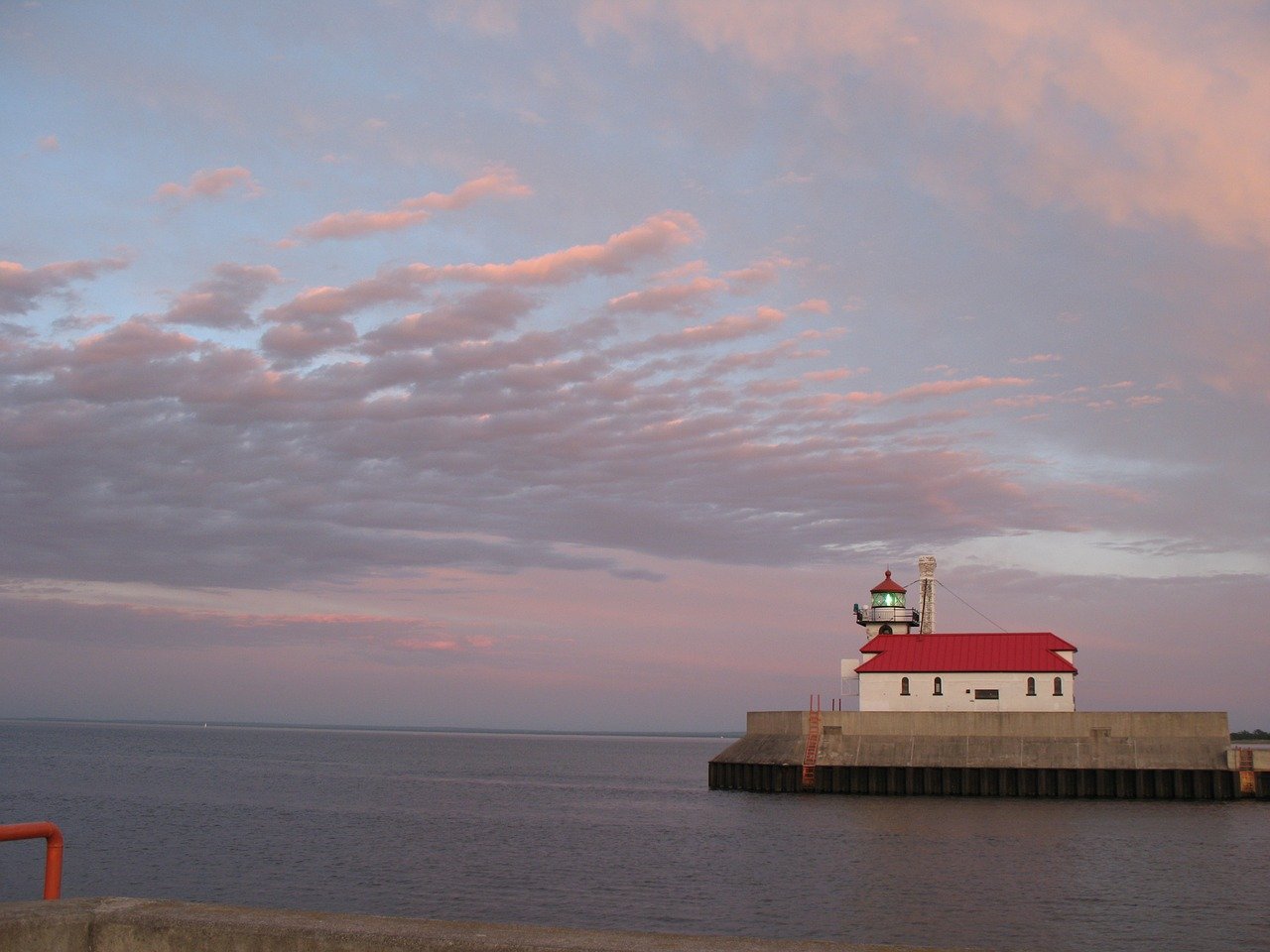 Here’s the thing: I love eating out. I love supporting honest and true restaurants with chefs that give a damn. But I don’t like how much it costs. Always on the lookout for a bargain, I’ve figured out the perfect three day wine escape, which happens to be in Duluth, Minnesota. 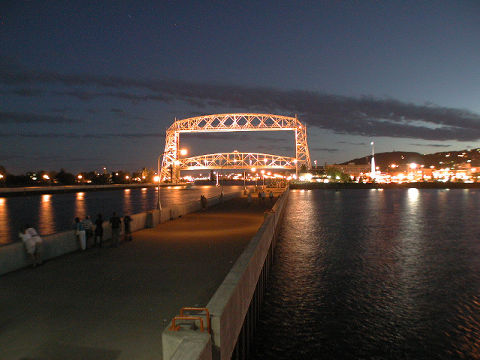 Duluth has one of the most vibrant dining scenes in the state. I don’t know if it’s the challenge of the climate, the influence of Lake Superior, or the hands-on attitude of the residents, but Duluth deserves the reputation of the “San Francisco of the North” for its culture, cuisine, and beauty. A great book has been written by James Norton (of Heavy Table) called Lake Superior Flavors that does an outstanding job of discussing the food and drink culture all around the big lake (including Canada and the Upper Peninsula), but I’m going to focus our discussion on enjoying wine while eating out in Duluth.

Drive to Duluth. Stop at Gordy’s Hi-Hat on the way for a burger and shake. Check into your hotel of choice. Bum around. Shop at Duluth Pack. Buy stuff for Christmas presents (get it out of the way!). Watch the bridge go up and down. Then when your dinnertime reservation approaches, head to Bellisio’s on Canal Park. Bellisio’s is owned by the same group that owns Grandma’s Saloon, and was opened in the 1990’s to cater to the upscale crowds that were just starting to spend more time (and money) in Duluth. It was one of the first restaurants in the state to have a wine preservation system, and today serves over 125 wines by the glass. But you’re not here for glasses, for Monday night is half priced bottles of wine night. 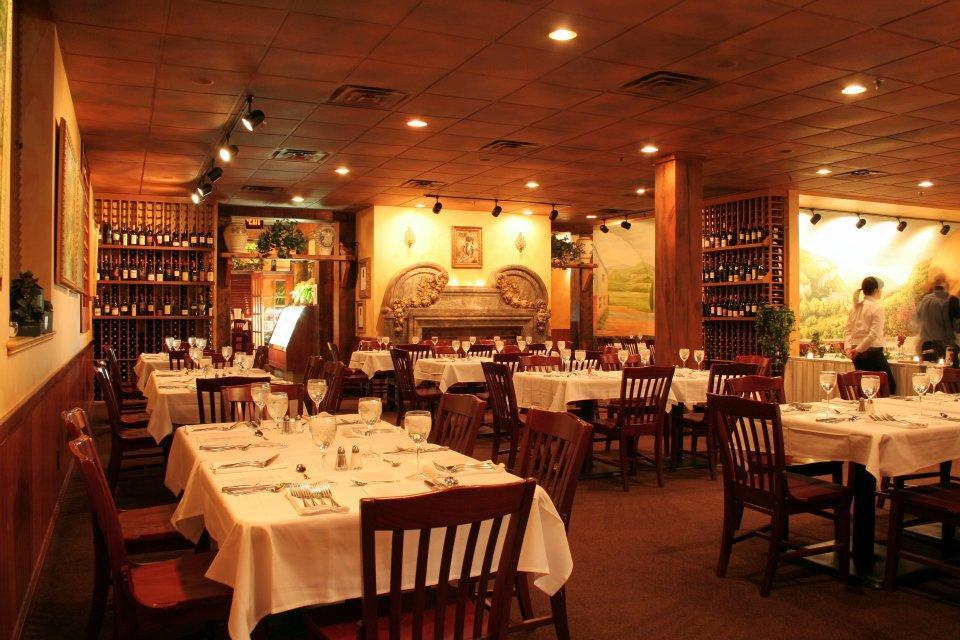 There are serious gems to be had. I’m not going to reveal the ultimate steal on the list for I want to buy the remaining bottles myself, but suffice to say it’s a 1988 Cabernet blend from one of the top names in American wine, which at auction sells for over $300 a bottle but at Bellisio’s on a Monday it’s under $90. Deals like that abound, and you’ll be paying below retail price on almost every bottle you order. Do yourself a favor and check into a hotel within walking distance!

The first full day on your trip is a wonderful day to start at Amazing Grace Cafe for a delicious breakfast then head upstairs to Northern Waters Smokehaus, where the GREATEST smoked fish in Duluth is available. Buy a whole smoked whitefish, some good cheese and meat, and head to a local liquor store for some dry rosé or Sauvignon Blanc. Then head up the shore, find a good beach to hang out on, and have a terrific picnic.

After the afternoon festivities and a nap, it’s time for dinner and you’ll head to Zeitgeist Arts Cafe at 222 Superior Street in Downtown Duluth. Zeitgeist is a restaurant I dearly wish would replicate itself in the Twin Cities. A serious wine and beverage program, detailed but unpretentious food, and a vibe that is second to none (plus being attached to a great movie theatre and arts stage is a huge bonus!).

So why here? Because Tuesday night is half price bottles AND GLASSES at Zeitgeist. One of the top food and wine combos I’ve ever had occurred at this bar: Novelty Hill Rousanne from Washington State with a winter squash ravioli with wild mushrooms. I was in heaven. Do yourself a favor (again) and check into a hotel within stumbling distance.

A good day to relax. Walk through the great parks of Duluth, or even drive up the shore and visit Gooseberry State Park. Perhaps your hotel has a hot tub? This is a good day to use it, for you’ll need to recharge your batteries to get ready for the final dinner.I’ll say it loudly and proudly: New Scenic Cafe is my favorite restaurant in the state. I have never ceased to be blown away by the food, each and every bite of each and every dish. Chef/proprietor Scott Graden is a genius and an artist, plus he’s a savvy businessman (a rare combo in the restaurant business). His menus are incredible (hint: his new cookbook is a must have), and his wine list is second to none. Not based on depth (it’s relatively compact) but because of the carefully curated selections offered at prices far below most restaurants. However, Wednesday night is half priced bottles AND glasses at The New Scenic Cafe (FYI — Tuesday nights have the same deal).A wine lover can’t afford to NOT go here! 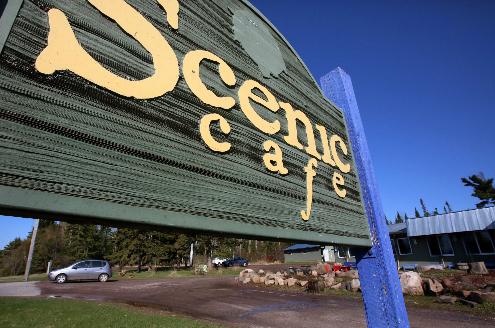 A recent wine list showed the kind of deals you’re likely to find (selections and prices from Spring of 2014 … Scott’s wine list changes often so this is offered just as an example). Frog’s Leap Chardonnay, $36. A great price on this wine at retail is around $30. Most restaurants charge $50. On half price night at New Scenic it’s an insane $18.Jim Barry Lodge Hill Dry Riesling, $32. One of the most dynamic dry Rieslings made in the world, and at $16 on half price night you simply cannot ask for more!Palacios “Camins del Priorat”, $34. Many of you have enjoyed this wine in my Priorat classes, and even at $34 I would consider this a great buy. However, at $17 it’s an insane deal.Shafer One Point Five Cabernet Sauvignon, $132. Good luck finding this at $66 retail. Possibly one of the greatest wine deals in the state of Minnesota. Do yourself a favor an hire a ride from your hotel in Duluth to your dinner at New Scenic Cafe!

To help mop up all that wine from three nights of great dinners, stop at The Anchor Bar in Superior, Wisconsin, for a T.W.A. Whaleback burger (a 2/3 pound behemoth which will set you back all of $6.00). Then drive home carefully (food coma will be on the horizon).

Even though you got a great deal on a bottle of wine, be sure to tip your server appropriately. I often get asked what that means. Here is my formula when bringing in my own wine or buying bargain wines at insane prices: I tip 16-20% on the food, then add $10-15 per bottle of wine assuming the service was good and the wine didn’t involve decanters or extra fancy crystal, etc. (obviously things change if you’re talking about uber-expensive or older bottles). So a meal of $100 of food plus two bottles of wine = $20 + $15 + $15 = $50 tip. Yes, that is generous. That’s the whole idea. And always tip in cash … it helps the server feel the immediacy of appreciation and gives them the funds to enjoy a night out.And always, always, always offer a taste of something special to the server, the manager on duty, and the head chef. It’s good karma that goes a long way.